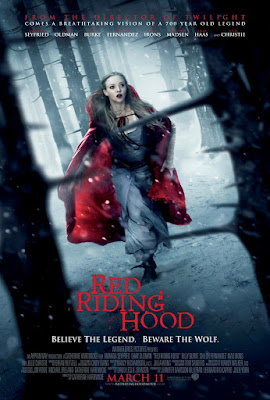 When watching films people are, more often than not, either doing one of two things....

The first is nitpicking everything so much that it’s un-enjoyable and we veil all the good characteristics of a film in our fog of pessimism. The other is turning into a vegetable and using little to no brain power as we watch, allowing us to be indifferent to the brilliance, or the garbage of it. Both of these approaches are wrong.

Though I’ve been guilty myself, I strive to dig into films, to separate the chaff from the harvest, looking for both what is wonderful and what is abysmal. Red Riding Hood is a film that presented a good opportunity for that. I had no hope for the film either way, so I was neither surprised nor disappointed. However, as I thought about it a day later, I realized there was much I could dig into. Red Riding Hood is a classic example of when bad things happen to good ideas.

I love fairy tales. I always have. They have shaped the way I think and the way I tell my stories. They are all so different and every version of them is filled with new insights and delights. I love their ridiculous premises, dark style, romantic nature, and above all symbolism and messages. The idea of retelling the red riding hood story as a dark, gothic romance thrills me, but sadly this movie does not live up to the par it ought to. Something like this should be a movie-maker’s dream. The shell of the story is already there, and you get to expand on it in your own way. Just like the storytellers of old, you get to have a version of the fairy-tale while still connecting yours with the string of others in the recognizable foundation. 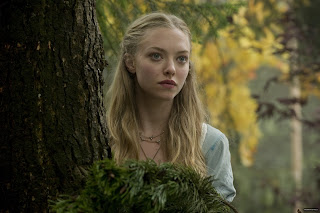 Amanda Seyfried is cast as Valerie or “red riding hood.” I really like Amanda Seyfried. She doesn’t necessarily always choose great projects, but she does have great potential. I think pushed by the right directors she could transform entirely. Quite obviously, she’s gorgeous. Her eyes will suck you right into the screen. She has an otherworldly quality that is inhibited by our modern trends and society. She has Elvish, even alien-like beauty and when she’s cast in roles (like this one) it really shows. I hope she’ll do more period pieces or fantastical films.

The film has too much going on; it's too busy. It wastes time with several soap-opera-like subplots which could have been handled in less superfluous ways. Part of the sin in this is that they do too much telling and not enough showing. They have a character tell back story, and so quickly if you blink you might miss it. That is fine to do, but it also needs to show and be implied by the action, the mood, or anything physically and visually present in the film. I don’t feel satisfied at all. The story could have, should have, gone deeper. I love the idea of transforming a fairy tale from it’s one-page origins into an epic and compelling story, but using soap-opera drama is NOT the way to do that. 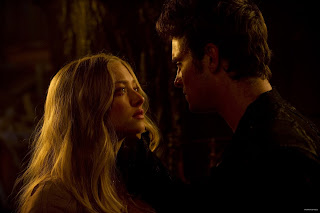 The script is bad, and in my opinion is what makes the film subpar. The lines are dull and two-dimensional which rob the actors in a lot of ways. The two guys who are her “love interests,” Max Irons as Peter and Shiloh Fernandez as Henri, are completely flat and both lack any real chemistry with her. Now, this could be because of their uninspiring script and lines like “I could eat you up…” *gag* or they could just be flat actors, but in this film there’s no way to tell.

There was really only had one line in the whole thing I thought was worthy... When Father Solomon (Gary Oldman) comes to the town to help them kill the wolf, he explains that his wife was one and for years he never knew. One night the truth came out and he had to kill her. They begin to point fingers in the town accusing people of being the wolf, one of the accused is a mentally handicap boy named Claude. Valerie steps forth to defend him shouting, “It’s not him, I know him!” and Solomon grabs her and says, “Better than I knew my own wife?” Now maybe it was just Gary’s awesome delivery, but to me that line stands out because it was short and incontrovertible. When you are married, you know a person to every last detail. You know them. So in saying that with one quick and powerful sentence, it hits like a sledgehammer that she has no case with her pleas. 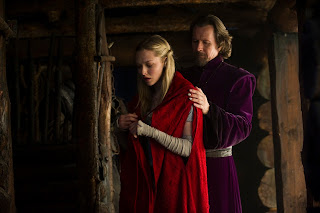 The film is only an hour and forty minutes and should have been longer. I hate that in our ADD society we rush through films and complain about their shallow nature afterward, instead of fixing the problem. There is so much to develop in this story, characters, relationships, and definitely the setting. Father Solomon is the most prominent character, but even he had so much more to delve into. This film, like so many, needs to take out meaningless scenes and shots and replace them with purposeful ones. Give the characters something to do, to say, and to be that has significance to the story. Don’t have anything in the script or the camera that doesn’t matter. 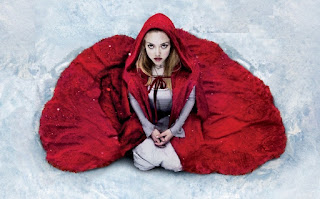 Catherine Hardwicke directed, and one thing I really like about her films is her style through cinematography. It’s rough and edgy, but smooth and sultry at the same time which is not easy to do. She captures the physical essence of people and place wonderfully. She makes the most of the scenery and uses every last drop of its beauty.

But along with capturing the physical essence you need to work with writers who can fill in the rest. This film has all the visual aspects on full burners: lush setting and design, simple and beautiful costumes, especially that red hood, amazing posters and concept art, fantastic cinematography, and, for all that, it still fails simply because the story is poorly developed and the script doesn't do its job. Always remember W.I.P! (Writing is Power) As I mentioned previously, it’s not the only film that is guilty of this crime, but the trouble is if we don’t speak up about it, we’re doomed to be stuck with strings of physically beautiful movies with no substance where it counts.

Stay tuned for our next episode of When Bad Things Happen to Good Ideas.... 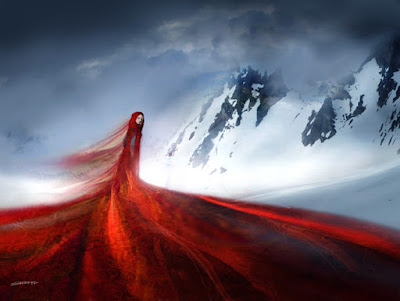