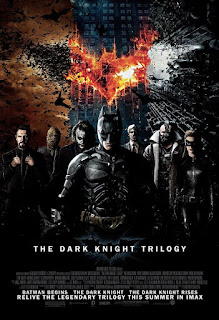 Wow, so yet again extremely overdue for a post. This is ludicrous and I am sorry to myself and my readers. It’s been one of the hardest and most wonderful years of my life. Under a lot of stress and my health has also suffered under stress, but I am taking time out from a lot of extra activities to restore my health and for my craft. Time out to be able to devote to writing my blogs and screenplays I love so dearly.

So while my post is overdue, so is the topic, but it is none-the-less sincere. I meant to write this in July. So in order to keep my blog current I am pledging to post at least one blog a month, more if I can, and since this holiday season is filled with excellent films there is sure to be a lot to write about. Anyway, let’s fall through the sands of time and discuss an amazing trilogy.

I know these days it’s almost a cliché to say you are a Christopher Nolan fan, but… I am a huge Christopher Nolan fan! Very few artists have inspired film viewers and makers the way he has. I do not elevate people, because we are all human and no one is without flaw or the inevitable ability to fail or disappoint, but he has done so little of that in the way of his artwork that it is something to be admired. His films can be said to have their own genre. They’re a little bit fantasy, a little bit action, a little thriller, a little drama and a whole lot of film noir. 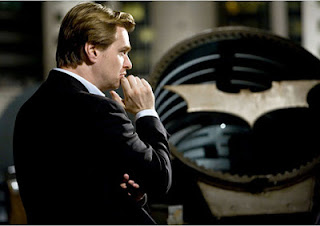 This year we saw the end of his epic Dark Knight Trilogy, his beautiful retelling of the Batman legend first born in comic books. I can say I am personally saddened. I could have watched him make batman movies forever, they were so great. However, I do know that artists don’t want to be stuck in the same thing for too long and be known for only that. All things must come to an end, so I guess it’s time had come.

Nolan brought Batman to a whole new level of realism, mystique, and emotional depth. What could have been (and has been) done in a cartoony way before has been revolutionized. Now don’t get me wrong, that sort of fantastical way of super hero storytelling has its place (in stories where heroes that actually have superpowers) and I personally love those stories, but Batman has always been a character whose walk was born in tragedy and had to fight on the darker side of justice and the movie screen. 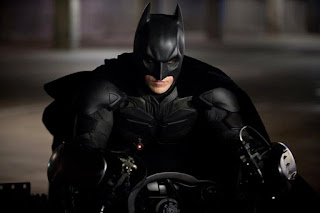 To have one movie with a deep symbolism is a feat, to have two movies is an achievement and to have three is a masterpiece. There are a million and one things I could discuss about The Dark Knight Trilogy, but the main thing I want to unravel is “the pit” and how Batman makes a literal and figurative climb from the pit of sorrows into glorious light. It is this symbol that ties the entire trilogy together.

In The Dark Knight Rises when the villainous Bane tosses Bruce Wayne into the pit of despair, (the prison from which Bane himself escaped from), it would seem hope is entirely gone. It is said that this prison is inescapable, and when your body and spirit are broken entirely like Bruce’s, it seems all the more impossible. 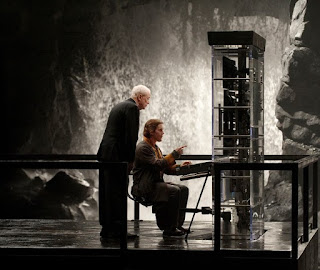 There is a point where Bruce tries to climb out and then falls. He has a flashback to his childhood (a scene from the first film) where his father comes to pick him up after he falls into the well that would one day be the doorway to his bat cave. This also stages one of the most memorable lines of the series: “Why do we fall? So that we might learn to pick ourselves up again.”

Bruce’s fall into the dark bat cave as a child is symbol for the place he’s been his whole life. He breaks his arm, but is broken in more ways than one. Soon after, his parents are tragically killed in front of him. Bruce did not have much time to be a child but was tossed violently into adulthood, and oftentimes adulthood is like a dark cave full of vicious bats. A place where we are broken.

In all three films Bruce struggles with his identity as man being engulfed with his identity as a symbol and his desire to quench the thirst for justice in both his city and his heart. In this way, he embraces the darkness of where he fell, not that he becomes dark or evil, but that he learns to stand though broken and afraid. I thought this was beautifully shown in the scene where he comes back to the bat cave as an adult and the bats begin to swarm. He is afraid, but slowly he rises letting them brush past his body fully accepting of the dark place he is in and what he must do to conquer it. An astonishingly powerful scene.

But becoming a knight in the darkness of course comes with a high price, mainly the compromises he makes in concealing truth and making emotional decisions. This is portrayed subtly throughout the films in showing that though Batman wears armor, he still is bruised and beaten by the evil he faces. This is where the conflict of the two identities arises. He is a purely powerful symbol, but underneath still a vulnerable man, a child covering his face from bats in a cave. In The Dark Knight, he compromises a lot because of his feelings for his childhood friend, Rachel, and he loses sight of his objective, thus allowing himself to transform into the man we see at the beginning of Rises: crippled, wrongly accused, living in the shadows, and lost in sorrow.

This brings us again to Bane’s banishment of Bruce in the prison with a beaten body and hopeless heart. Bane assumes that Bruce will give up and when he does Gotham will easily fall. What Bane cannot anticipate is Bruce’s earnest devotion to run his race to the finish. Even after he has lost everything and nothing left in his hands Bruce truly proves his heroism in his action to finish the job saving the city he promised he would restore. After much pain and healing, Bruce makes several attempts to climb out of the prison, but each of them fail. The prison doctor advises him to make the climb the way the child who escaped did, without rope, without something to catch him when he fell, a full-fledged risk. Risk fuels passion, and passion can make impossible things possible. 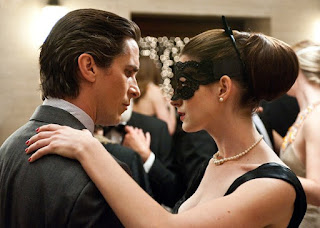 The moment Bruce makes his final, rope-less climb and the prisoners are chanting at him to “rise” in a boisterous chorus is nothing short of breathtaking. This is the moment of rebirth where the Dark Knight truly rises. Bruce finally leaves the bat cave he has been in since the day he fell as a child, the rush of fear washes over him as he leaps and finds his grip on a stone shelf. He makes it, he conquers, and walks out into the bright sunlight. He is no longer broken, he is a man who has risen with new life. (Sounds an awful lot like someone I know). 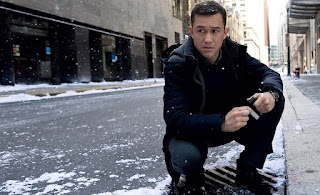 The end of the film, and the series, is so poignant and exhilarating my heart pounded thunderously in the walls of my chest. What concludes the “rise out of the pit” is Bruce passing on the torch of his symbol to young Officer Blake, whose legal name is Robin (and the nostalgia kicks in!) Blake may actually be a better Batman than Bruce was because he has a nobility and purity in his heart despite the horrific things he has seen and been through. Blake’s passion for justice and restoration will help him carry Batman to the finish line of the race Bruce originally started. Bruce finally gets to live a life in the light, as does his love Selina, and Robin gets to become the hero he longs to be outside the parameters of the law. The Dark Knight rises indeed and his wingspan covers years of legendary comic book storytelling with epic magnificence. 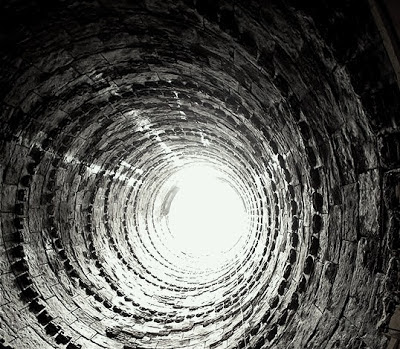