Death to Mary Sue! (Or, why Twilight sucks) 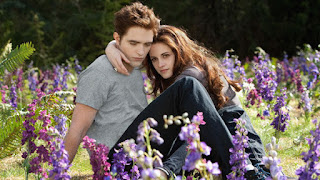 There a thousand reasons why The “Toilet” Saga is one of the worst things to grace modern literature and cinema (except perhaps its adult counterpart, 50 Shades of Gray… blech!) I could discuss the forced love triangle, the absolutely appalling and immature writing of Stephenie Meyer, how any potentially cool secondary character is ‘eclipsed’ by Bella, Shovel-face, and whiny-wolf. I could go into how the books are filled with ideals gone wrong, a poorly constructed fantasy world that consistently contradicts itself, dysfunctional/incestuous family values, or the cringe-inducing inner monologue... Yet, there is one aspect that is more annoying than all of these things combined (if you can imagine that). The worst thing crime writer can commit, writing in the voice and style of Mary Sue.

So who is Mary Sue and what does she have to do with Twilight? The definition of Mary Sue as given by wisegeek.com is very well put. It states:

A Mary Sue is a character in a work of fiction who exists primarily for the purpose of wish-fulfillment on the part of the author. She plays a prominent role in the work, but she is notably devoid of flaws or a complex personality, and she usually represents the pinnacle of idealized perfection. All of the other characters love Mary Sue, because she is extraordinarily helpful, talented, beautiful, or unusual, and she often drives readers absolutely crazy because she is one-dimensional and too idealized to be realistic. The male equivalent of a Mary Sue is a Gary Stu. 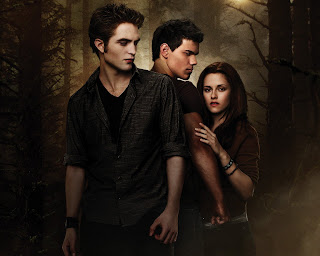 Stephenie Meyer may in fact be the biggest offender of Mary Sue writing of all time. Her Mary Sue is Bella Swan.

First of all, I’m into good, meaningful names for characters, Isabella and Swan are both beautiful names, but how pretentious is it to name your main character something that means beautiful swan? Seriously.

Bella is essentially the world’s most boring teenage girl and somehow she gets a vampire- a guy who’s been alive for over 100 years and seen everything- to fall obsessively in love with her. I mean this guy has over a century of culture, intelligence, and experience and for some reason he just can’t get enough of Bella. But if that weren't enough, oh no, another mythical creature- a werewolf with abs of steel- ALSO is obsessively in love with her too. Oh dear, she has TWO hot, magical men who love her. What’s a girl to do?

But Mary Sue doesn’t stop there, she’s hungry for more. Bella is also the only human who somehow is resilient to any vampire’s powers… convenient. She gets to finally marry Edward and before she becomes a vampire, she gets to have a child, which is supposed to be impossible for vampires, but she’s Bella so she has to be allowed at least one child, right? So after the gut-busting, alien birth of Renesmee (her daughter who is more beautiful and enchanting than anyone ever, of course), Bella gets to become an immortal vampire. She gets to be 18 forever. She gets super strength and power and gets to be even MORE beautiful than she was before and glimmer in the sunlight. She gets to be a part of the Cullen family who seem to have money coming out their rear ends. They make her and Edward the perfect dream cottage filled with Pottery Barn’s entire fall collection. 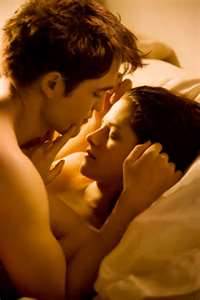 But wait, there's more… did I mention that since she is a vampire now, she and Edward get to have endless, amazing vampire sex because vampires stay hot, young, and beautiful forever and never get tired? However, this makes no rational sense because in Meyer’s world vampires don’t have blood, a pulse, or beating hearts. I'm no science and anatomy expert, but last time I checked blood coursing through your body is the means by which you can become sexually aroused, so therefore how can Meyer's vampires even have intercourse? An awkward thought, but seriously, she didn't even consider that before going into pages and pages of vampire softcore porn?

Renesmee will become full-grown by the time 7 years have passed. She grows incredibly fast and therefore Bella and Edward don’t have to deal with diapers and late nights for more than a few months… convenient…again. They feared she would grow too fast and die, but some random tribal people from Brazil appear out of nowhere and let her know that her child will get to live to be at least 150 years old, if not older, so she gets to have her precious Renesmee forever too. Convenient… again… 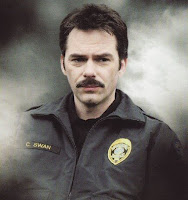 Bella’s impervious-ness to vampire powers makes her what's known as a “shield” so even if they get attacked she will always be able to magically shield those she loves. Also, Bella gets “super self-control” meaning that though she’s a ravenous newborn vampire, she miraculously can fight the urge to rip human throats, and because of this she can still have a relationship with her human dad and mom. Convenient… AGAIN…

*Side Note: Bella’s dad, Charlie, is the best character in the whole series. Team Mustache-Dad!

Stephenie Meyer is the age of most of her readers, who are in fact not teenage girls but women 30-50 who want to relive their teenage fantasies through the vessel of the mighty Mary Sue. It’s quite sad, really. Not that older people can’t enjoy young adult fiction, I personally do, but it’s just bad writing and story development. If you are an aspiring writer, like me, let this be a message for us all. Stay away from Mary Sue! 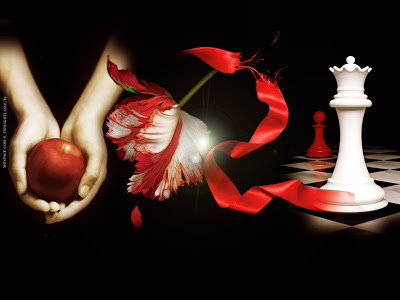