I am so sorry I have neglected my entry for August, but I can still get September’s in before the night on the month falls. My life has been kind of a chaotic mess, but on top of that there hasn’t been anything I’ve been  super passionate about writing about. There are a few films I’d like to see in theatres but, until November, it’s pretty dry.

What I’ve actually been preoccupied with is the small screen. The art of television.
I know because of the stupidity of what mostly inhabits television (reality shows, raunchy comedies and the like) it’s hard to remember that television is an art form, and a highly effective one at that. There seems to be a revolution going on in television these days and I love to see it happen! Shows are become greater in scale, imagination, and storytelling. Though there are still some hiccups (naturally) television has become a newly preferred method of storytelling. The scope and length in which a story can be told through television enables the utmost capability in character and plot development.

A lot of my most favorite shows have already ended. Alias, Lost, Chuck, Fringe, (a lot of one-word names now that I think about it), and some never got to fully blossom into amazingness due to premature cancellation like Pushing Daisies and of course, dear Firefly. For a while I wasn’t sure what I could get into next, then all of a sudden shows came flooding in out of nowhere and now I will actually have to schedule time to watch them over the next year. My husband and I enjoy it though, we like seeing a larger story unfold so we can get excited and talk about it while we cuddle on the couch. Bliss!

So now I am faced with a conundrum of too many small-screen tapestries being woven. Starting with number one…. 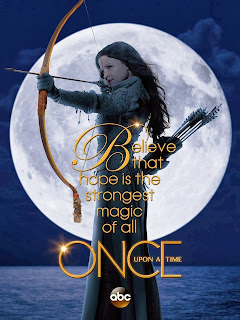 Though I am behind on this show and only a third of the way through season two, I am amazed by how this show can, well, amaze me! I already did a blog post about Once, so I won’t go too much into the details again, but it might one day eclipse all and become my favorite show ever. The lovable and enchanting characters, the twists and turns, the moments you can't wait to see until they finally happen, it's all so wonderful. I love fairy tales, which creates and instant bias, but also there is nothing on right now that has this show’s poignant symbolism and hopeful message pulsing into the world. Most shows these days are existential and pessimistic about the trials we face in this world, but Once Upon a Time does exactly as G.K. Chesterton says: “Fairy tales are more than true; not because they tell us that dragons exist, but because they tell us that dragons can be beaten.” Sherlock Holmes is always fun and I love the Robert Downey Jr. films to pieces. I know I am going to get very chastised for what I am about to say, but, oh well.
I was initially interested in watching BBC’s Sherlock because I love all the actors and it seemed really cool. However, I was highly disappointed when I found out how they treated the aesthetics of the characters. It’s all good to have some changes made, after all, Elementary made Watson a woman, but it did not change the aesthetic of the Watson character. In Sherlock, they turned Irene Adler into a dominatrix and a woman who controls people with sex. This is not at all like the Irene Adler in the original story. Irene does have a sultry nature and a seductive quality, but she would never turn her sensuality into a profession. In my opinion, she’s too intelligent for that. Elementary, however, keeps the aesthetics of the characters, though there are many changes made. It’s not a "re-telling" of Sherlock’s adventures, it’s putting the characters into modern day people and modern day settings and watching what they do. So to put it how my dear cousin (an expert on all things Sherlock Holmes) says, while BBC’s Sherlock is following the books, but it’s much further from the canon.

Elementary is a fabulous show. It’s incredibly smart and witty as you would expect, but it also delights in the equal, yet non-sexual, friendship/business relationship a man and woman are capable of having between Holmes and Watson. This show also does an incredible job of showing Holmes’ character in a more human light. He is exactly the man you would expect, but he has moments of vulnerability and his moral motivations are very much prominent as they ought to be. Johnny Lee Miller’s performance is phenomenal. We just finished season one and I can’t wait for what this sophomore season will bring! 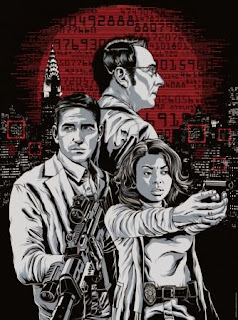 I already did a blog post about this show too, but I of course must mention it again. I am so refreshed by CBS’s show production quality. They keep things very adult, but they don’t feel like they have to go to the HBO/Showtime route of being explicitly gratuitous in every way. Their shows are very mature and sophisticated and far from the sell-out need to please the masses. I love this so much! Person of Interest is no exception. This thrilling show is akin to Elementary as far as a modern day duo being awesome and solving murders. They both take place in New York city too and feel as though they are in the same universe. Naturally, they are completely different stories, but they have the same heart.
I have only seen season one of POI and we are going to start season two soon. Season three already started ahh!!! Gotta keep up! 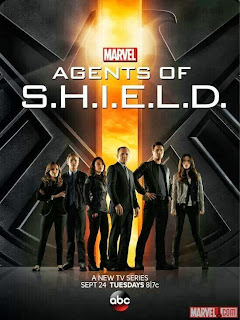 As a Marvel lover, and Avengers banner waver I was so thrilled when the announced they were doing a show about S.H.I.E.L.D. and Joss Whedon was making it. Yes! But wait, Agent Coulson is alive?!? I wasn’t sure what to make of that. I mean he is one of my favorite characters and I was so sad when he died, but I didn’t want to see his death cheapened in any way. After watching the Pilot, I felt they did amazing job of justifying the fact that he was still alive and they worked it in perfectly. There is also a deal of mystery behind it too. I am happy to see Phil again and there's no way this show could have taken off without him. Agents of S.H.I.E.L.D. is off to a pretty good and exciting start. I hope it stays that way because there is much potential. 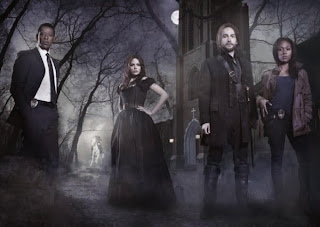 This one is still up for debate. I watched the Pilot and the idea of the show is SO SO SO awesome. However, the execution of it was very sloppy. The plot was horribly rushed through. There’s so much going on here that this is something that cannot be rushed.
The idea is that Ichabod Crane served in General Washington’s army and he died killing the man who would become the signature “headless horseman.” The Headless Horseman, we come to find, is actually one of four horseman representing the four horseman of the apocalypse. Ichabod is awakened by what seems to be magic (though we don’t know who from) in our present say 250 years later. With him, returns the horseman and then chaos resumes. He is found by a female police officer named Abigail Mills. By the end of the episode Ichabod suggests that the two of them were brought together for a reason and they are the two witnesses spoken of in the book of Revelation.

See what I mean? AWESOME idea! I am just annoyed that they blazed through that like the horseman riding toward his next kill. SLOW DOWN we will watch and listen if a good plot comes forth. I will still give this show a chance because it has so much potential, lets hope that like most shows it was just a rocky pilot.

And there you have it folks, the television menu for the next year. What I love seeing most is that the hunger of the people is being known. People want stories of epic hope in these troubled times we live in, times where the same, typical films and television are ceaselessly filling plates even when we do not wish to partake of them. Indeed there is nothing new under the sun, but there are things that are BETTER under the sun for us and from us. The people are hungry for righteousness and light conquering darkness, and hungry for hope and "dragon slaying." I see some “creatives” rising to the challenge and putting food on the table, and I so desperately want to be a part of that. I believe a cultural renaissance of the arts is coming and it will wash away the junk from these innovative tables. Until that day, I will continue to be inspired by the work of others such as these.

The spark is lit, the fire is spreading, it's only just begun.