Yo Movies, what gives?! 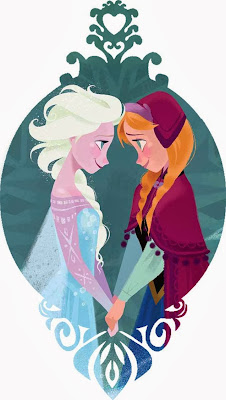 This post, like my Twilight post from last year, will be different than my normal spiel and perhaps a little controversial. I have been just a bit behind this month and I apologize. Since my last post on November 1st I have moved to a new location and position with my job (which happens to be a movie theater company and now is our busiest season) and then there was holiday madness. Alas though, I return to post a December entry just in the St.-Nick-of-time before the month (and year) comes to a close.

I am still behind on a few films from this holiday season that I would like to see. There have been so many! But There are two that I was supremely looking  forward to that left a slight air of disappointment that I would like to discuss: Frozen and The Hobbit: Desolation of Smaug.

Disclaimer: I still loved both of these movies , but I would have loved them more if they had done two very important things… Taken their time developing (Frozen), and not giving into cultural pressure (Smaug).

Maybe Frozen should have been called Rush instead of Ron Howard’s film from the late summer. Frozen was fantastic. As a Disney nerd, I loved it and it hit all the high points and definitely knocked the musical segments out of the park. But one area it failed in was pacing and development. It was WAY too rushed. When the resolution of the film was happening, it was like I blinked and everything got summarized. Frozen is a fairy tale, but it’s a lot more complicated that many other films of its type. It needed more time to unfold the character and plot arcs.

Pretty much all the characters were well rounded and developed, except for the one whom the story’s origins spawned from, Elsa. I felt severely short-changed with her. She was definitely awesome and her “Let it Go” segment is a mesmerizing showstopper, but I felt her character was least developed and shallowest of them all. Frozen is based on "The Snow Queen" by Hans Christian Andersen and I felt we didn’t get enough of "Snow Queen" in Frozen. Like the original tale, she isn’t the main protagonist but she is highly important and especially this version where she is the sister of the main protagonist. Being so closely knit they should have had equal screen time, but Elsa simply does a few really cool (yet flimsily explained) things and then at the end transforms and changes too quickly. I didn’t feel she really had time to grow and develop and realistically reach that point. She just kind of figures out, “Oh, love thaws frozen hearts, that’s all I gotta do” as if it’s that easy.

I wanted more of Elsa’s isolation, to see her more imprisoned in the castle she built herself. I wanted more of a struggle about her love for her sister versus her fear of hurting her. I personally liked that they didn’t make Elsa “get with” anyone because I feel like, even at the end of the film, Elsa was nowhere near ready to give her heart fully to someone. She had changed, but still had far to go in finding her own identity and her connections with other people. I loved that contrast between her and her sister- introvert and extrovert differences- and needing relationships desperately versus being afraid of them. Like the song the trolls sing “Fixer Upper,” it shows that we need the love of everyone around us to  round us out and help us grow, not just romantic love.

I know the goal of Disney was to tell a different fairy tale with this one, and in that they succeeded, but it just wasn’t quite enough. Everything felt abrupt at the end. What they should have done was acknowledged that yes, love does thaw frozen hearts and Elsa can do it, but she clearly can’t master that completely in one day and leave it on the hopeful note that someday she will. 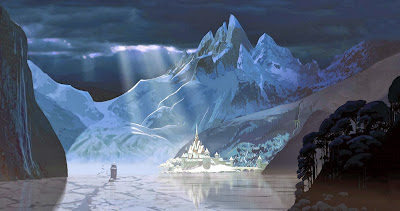 I don’t know what it is about films these days, but I wish we would stop catering to the American ADHD epidemic. Stop rushing films! And saying it's a "kid's movie" is no excuse! I sat through long films when I was a kid, they can suck it up. The only reason they can't sit through them now is because we've spend the last 13 years training them to sit through a lot of short and shallow films. Many films  I have seen recently has felt rushed in some form or another and it really bothers me. What happened to just letting the film tell itself and not pandering to people’s attention spans? If they can’t sit through the movie, that’s their problem, but don’t short-change the rest of us who are hungry for a more. I want a substantial meal, not unsatisfying fast-food! And I think many people I know are starting to feel the same.

On the other end of the spectrum, we have The Hobbit films. A Trilogy that should only have been two films at the absolute most…

I love Peter Jackon’s Middle Earth. The Lord of the Rings films (extended versions) are on my top favorite films of all time and  the story itself is my favorite story of all time.

Now, because of this, I still love The Hobbit films, but they too much reflect the modern culture and not enough reflection of Tolkien’s actual world. Let me explain…

Peter Jackson announced long ago he was inserting a female character into The Hobbit films. I actually liked her character and didn’t have a problem with her being in the films initially. The problem lies in the heart behind the decision. They added a female character because they felt that girls wouldn’t come to see the film if there wasn’t a strong female character.

This is stupid, and sorry to all you feminists out there, but to say that women need stories centered around women or that women can only relate to female characters is more sexist than anything I have ever heard. I like to think I am a pretty strong woman, and I loved The Hobbit throughout my whole life. I never needed it to be about women or have a female character in it to make me love it. I just loved the story and characters as they were. I have found personally that I usually relate to male characters more often anyway. Not because I am super masculine or anything, but simply a matter of interests and personality.

A lot of people say Tolkien was a sexist and his lack of women is proof. I just have to do a major *facepalm* because clearly people who say that know nothing about Tolkien. Ever heard of Arwen, Galadriel, Eowyn?? Yeah… you think many men could antagonize those three and live to tell about it? I doubt it! Eowyn killed the freaking Witch King! And Arwen and Galadriel are elven women, ‘nuff said.

On a side note, are there truly any women who can take a look at the men of Middle Earth and complain? I mean come on ladies... ;-) 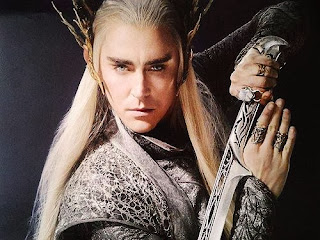 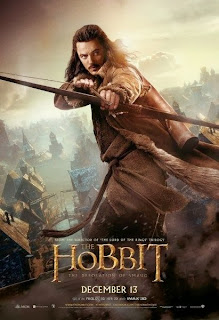 But all this rubbish about girls needing to relate to a female character didn’t stop there… they went ahead and gave into to the pressures of our modern culture and forced a love triangle into the story. Now THIS is where I take huge issue. The movie would have been absolutely fine if they hadn’t given into this revolting fad that has infiltrated our young adult literature and just about every television show.

Now that being said, SOMETIMES love triangles do happen naturally, but most of the time they are just thrown in as a lame conflict builder or as a “Sex Sells” method where love triangles are done just for the sake of themselves, usually on television, to keep people watching. Now, I could take another blog entirely explaining my hatred for the love triangle culture, but for now I will just speak in the context of The Hobbit. It was absolutely unnecessary! This isn’t Twilight for goodness sake! 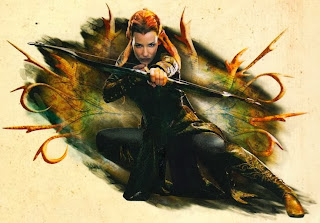 I feel degraded and sad that not only people think girls need this rubbish to be interested in a story, but that some girls DO fit this bill by perpetuating this crap and eating it up. I wish it would stop, but I fear it’s too late. I have to wonder how much of the whole forced love triangle bit in The Hobbit was actually Peter Jackson and how much of it was pressure put on from the producers and production companies wanting to make sure they cashed in big on this whole fad of young adult love triangles. Hmm…

So while I still loved Frozen and Desolation of Smaug, I am just frustrated that they had the problems they had, because it was stuff that could have been avoided and should have never been an issue. Want to add Tauriel to the story? Fine! She was pretty damn cool, but don’t make her into the next fodder for Twihards. Want to keep your animated film applicable to squirming youngsters as well as adults? Great! But don’t sell your story short. Something has gotta give!

Anyway, that's all for now. Thanks for reading. Stay tuned for Saving Mr. Banks and my top films of 2013!