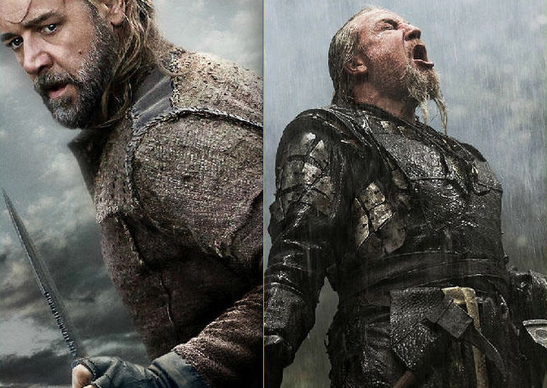 Wow, so I am WAY overdue on part three of my Noah series, but I was hoping to be able to go see the film a second time and I was waiting for that. Unfortunately, I was unable to make it a second time, but I am going to attempt this anyway! This will be a shorter post is all about Tubal Cain and "everybody else." Listening once again to the AMAZING score by the brilliant Clint Mansell.

In the trailer for the film, Tubal Cain (played by Ray Winstone) seems like a typical epic villain. I didn't expect much from him, but that was a very wrong assumption. I should have known that Darren Aronofsky wouldn't have created a two-dimensional "villain" and also that he would, of course, be a symbol of something greater.

I really love what they did with Tubal Cain's character. He represents man's inhumanity to man, to creation, and to the Creator. This is achieved by his hugely misinterpreted version of what it means to have dominion over the earth. True dominion means sovereignty, authority, ownership and within that is caretaking and stewardship over what you have been given dominion over.

Just like any time of history, when dominion is misinterpreted it is followed by suffering, death, and destruction. When the descendants of Cain break away as their own people, they then create generations and legacy of the folly of this misinterpretation in dominion. They consume without sharing, take without giving. They make man into an idol and even dethrone the Creator in this new vision of dominion. They leave the world so ravaged that there is little nearby enough for them that they can partake of. They have stripped the earth bare and placed the desires of the flesh over the desires of the Spirit.

This has corrupted not only their view of the rest of creation, but of each other too. They trade their women in for meat giving a whole new meaning to the phrase "a piece of meat." They kill anyone who gets in the way of their own desires without blinking. They savagely take from the earth without respect or gratitude to their Provider. In their eyes, whatever they wish can belong to them. It's a survival of the fittest mindset and it is bloody.

Tubal Cain is the leader of Cain's descendants and they look to his leadership for provision, making him a god among men. He is ruthless and barbaric, but he is also intelligent and spiritual though he thrives on a complete misunderstanding of the Creator's calling for mankind. He is a nemesis for Noah in that way, they both believe they are doing what they should be, but the difference is Noah's humility and complete reverence to God's will, Tubal Cain only has reverence for works and what man can do, though he thinks he follows the Creator's will. When Tubal Cain bites the head off a lizard even knowing it's the last of it's kind, we know then instantly all he truly cares for is himself. 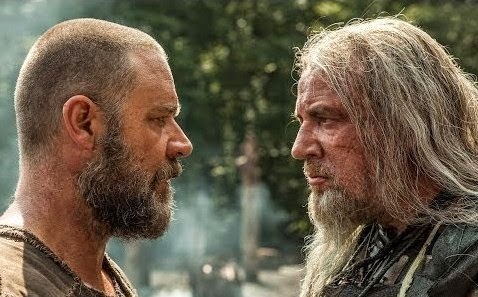 The conflict rises when Tubal Cain realizes Noah is building a vessel and though he thinks Noah is foolish, there is something in him that becomes frightened. I loved Ray Winstone's performance in this film. He showed that this bloody tyrant was very, very human. One of my favorite scenes is when he sits in a tent the night before the storm and asks the Creator. "Why do you not speak to me?" he reaches out in fear because he knows in his heart he cannot atone for what he's done. If Noah's words are true, he will die and be judged for his crimes in eternity. You can see the fear all over his face. His mouth quivers to even speak his prayer. This hard man has now been made completely vulnerable.

But his conviction only lasts only the night and in his fear he sets out with his men to attack Noah and his ark. Of course, they all fail. The rains come and water also comes from the earth and wipes them all away. In this film, Tubal Cain sneaks aboard the ark in a cowardly effort to save his life and to also give conflict for Ham, but his death naturally is inevitable as his sin cannot live in a new world. 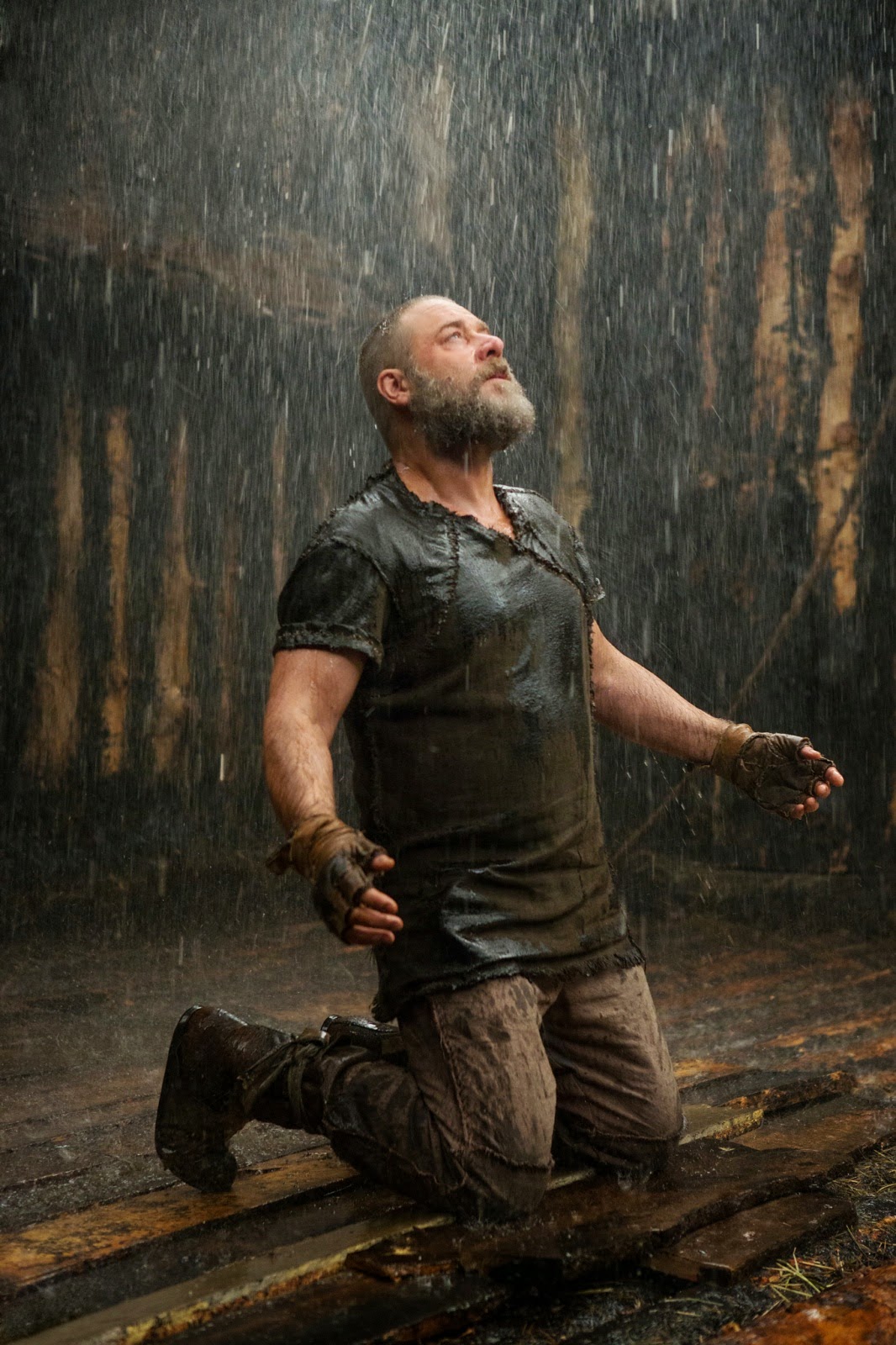 There is always this question of why everyone was killed when there were innocents among Cain's descendants. But the truth is, no man is innocent, man's nature can only be made good by God's righteousness, grace, and love. Noah and his family did not follow in the wickedness of Cain, but they were not perfect by any means. Noah was chosen and favored by God, but Noah isn't God. He humbly accepted his role, just as the Creator knew he would which is why he chose him. Noah's obedience, reverence, and humility were gifts given to him by the Creator and why he was favored to carry out this task.

As I mentioned in my previous post, I absolutely loved the ending scene. And the main reason why is because it was made abundantly clear what true dominion is and now man would have a second chance to live faithfully to that vision of dominion. To be fruitful, multiply and subdue the earth, to be caretakers and stewards, to be the hands and feet of the Creator here on earth. It took Noah some time to truly understand dominion too, but the Lord knew his heart would be turned by love and grace and with it the understanding of the Creator's vision for man and dominion.