Dear all OUAT writers, directors, producers, and creators of all sorts,

I have written two previous posts in this same vein, but this one is directed to you because I really respect you as artists and storytellers. I am writing this open letter knowing it may be utterly fruitless, but I have to speak up about the atrocities being done to my (used to be) favorite show Once Upon a Time.


As a screenwriter still waiting for her big break, I know as well as anyone that the film and television industry is corrupt. It’s all about the Benjamins and less about what’s best for the story and the original vision established by the creators. It became drastically apparent that Disney (owning ABC) has officially taken over Once Upon a Time and it is a hostile takeover to say the least.


I would think you have to be at least a little devastated, even if you won’t say it. Maybe Disney has a figurative gun pointed not only at you but at any of the cast members if they say anything remotely negative (however honest) on social media or otherwise. Your beautiful show went from something unique and exciting to being a long-winded commercial for Disneyland. Now I know there have always been Disney references throughout the show, but they have been SUBTLE (key word here). In the past your show quietly referenced Disney films and culture, but maintained its own voice in the genre of fairy tales retold. At the end of season three, we all saw that subtlety was no longer the order of the day.


Though I dreaded it, I watched these first four episodes of season four and this “storyline” of Frozen shoehorned into the show. Frozen just came out LAST YEAR and more importantly it’s a Disney movie that not only wasn't "one of the greats" but moreover resembles little to nothing of the original tale. ONCE always put story first and uniquely twisting fairytales to weave a new story. The storyline is completely jarring from the nature of ONCE. Whether it’s the cheap, cookie-cutter Frozen costumes, the horrible “plot” where Anna teaches Charming how to sword fight (puh-leeze), the eye-sore CGI, or the fact that Kristoff's character got warped into a complete doofus, it has been painful to endure this as a true fan of ONCE. Don't even get me started on that cringe-inducing reindeer...

But Frozen wasn’t the only Disney hostile takeover. The scene of Belle and Rumple dancing to Beauty and the Beast while wearing the exact costumes from the movie was like someone edited together for a commercial. As a Belle and Rumple fan, I felt disappointed that such a beautiful moment had to be so Disney-fied instead of keeping consistent with their own exceptional story.

And now you're adding the Sorcerer’s Apprentice? If it were a dark and fun retelling of the original Goethe poem that would be one thing, but as soon as I saw that hat, and the painful CGI walking broom, I knew Disney couldn't even keep their hands off of that. It could have been a fantastic story on it’s own, but lets face it, the only reason the show is adding it is because it’s Mickey and Disney told you to. ONCE is a stand-alone amazing series about fairy-tales-- not Disney movies-- retold. If you’ve all lost sight of that, then my heart truly goes out to you.

Then there’s this Captain Swan nonsense. I know TV loves a love triangle, but did you have to kill Neal to achieve this? Between the constant “ghost” moments of Neal coming back to talk to Emma when she needs it, or Rumple’s hour long soliloquy at his grave in the premiere of this season, or even the mere fact that Henry BARELY got to know him, it’s clear Neal's story was NOT done. He was only axed because squealing fan-girls have the hots for Hook and for some reason they have the sway over the shows ratings and criticism. Baelfire was such a great character and even if people wanted to appease the fan girls by making Captain Swan happen, they could have kept him alive to achieve this instead of making him some cheap symbol. 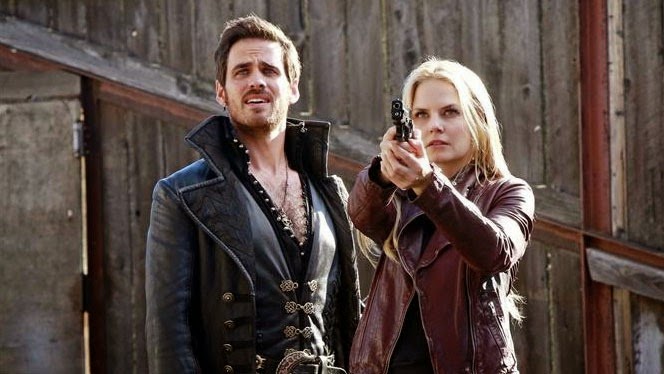 Additionally, it’s beyond clear that Emma does not love Hook the way he loves her. She has always seemed completely awkward and unsure around him. I actually feel sorry for Hook because Emma’s awkwardness toward him has made him a muzzled, neutered, love-sick puppy. It’s just sad, really. Give this man his ship and his dignity back already! This whole thing is a mess and I don’t see how their “relationship” can even last more than a season. And don’t even get me started on the debacle that happened to my beloved Outlaw Queen, Regina and Robin. Forced conflict anyone? I think most people can agree bringing Marian back was such a crock!

Additionally, why are we sidelining all our wonderful secondary characters into just being the angry mob all the time? Recently it seems like that's all Granny, Grumpy, and the gang do. Mob and complain. They used to have SOMETHING TO DO. And what the hell happened to Dr. Whale, why aren't we seeing more of his super cool Frankenstein story? What about Red, and Jefferson? Mulan? I almost had a heart attack seeing Dr. Hopper in the recent episode.We almost forgot who he was altogether. There are so many people being ignored, even the main characters have been tossed aside too. The only thing frozen here is the character development!

But hey, I’m not the expert, right? Don’t take my word alone, let’s see what some others have to say…
“Now it's an hour-long commercial for Disneyland with the vanilla-est plot of them all, one that seems built on marketing algorithms.”
– Lily Sparks, tv.com

“Maybe Edward Kitsis and Adam Horowitz thought they had exhausted the archive of fairytales and folklore. Or, even worse, maybe they were worried their ratings needed a bump…. OUAT is on its fourth season. The first was spectacular. The second was fine. Let’s not talk about the third. It’s rolling toward that place—you know, the one where TV goes to die. That the writers are trying to throw in new plotlines is only strategic.”
- Alexandra Villarreal, The New York Observer

“It's time the show moves its main characters out of the repeated storylines they keep acting out each season. Sure, “Frozen” is a fun act of synergy between ABC and mothership Disney but it's also a pretty accurate description of the show's main characters season after season.”
- Jethro Nededog, The Wrap 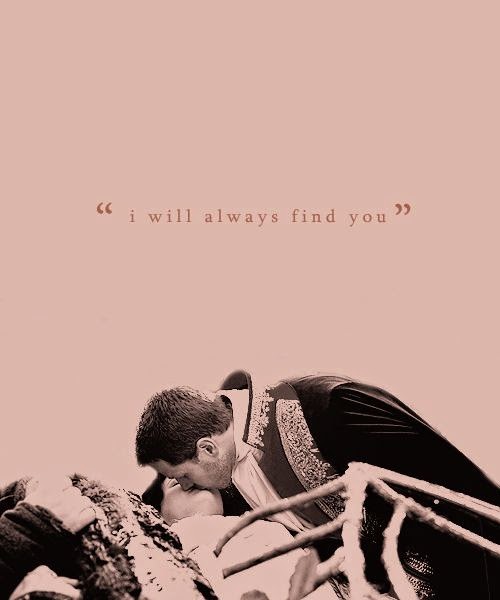 We live in a society that tells us “Give the people what they want…” and REALLY? You’re going to leave your story, your precious creative child, in the hands of the public? Don’t give the people what they want just for the sake of it or to get ratings. Give your story what it needs. That should always come first. Creators used to take risks making films and shows. Now all I see is creator visions being compromised for the sake of ratings, critiques, commercialism, and greed.

But there is one exciting thing about this for me personally… I am currently writing a ONCE Upon a Time spec script to enter into the WB Writer’s Workshop Competition next May (visit the site at http://writersworkshop.warnerbros.com/) You can choose up to two scripts so I am doing ONCE and Sleepy Hollow. Now, who knows if I actually have what it takes to make it, but maybe it’s just the right time to finally do this. I have had ideas for this show coming out of my ears since day one because fairy tales are my life. If I am going to sit here seething about what has become of the show, I may as well try to do something, even if it comes to nothing.


So in preparation for this I read the Pilot script for ONCE. It is an incredibly clever and punchy script with a lot of thick descriptions and notes that made me chuckle. Reading this reminded me that when this started it wasn’t anything like the mess it has become. Mr. Kitsis and Mr. Horowitz, have an exciting writing style full of life. We all know your writing team creates material superior to what is currently showing right now. I believe if you had more freedom and less pressure from Big Brother Disney, you would be able to restore the show, and that gives me hope. 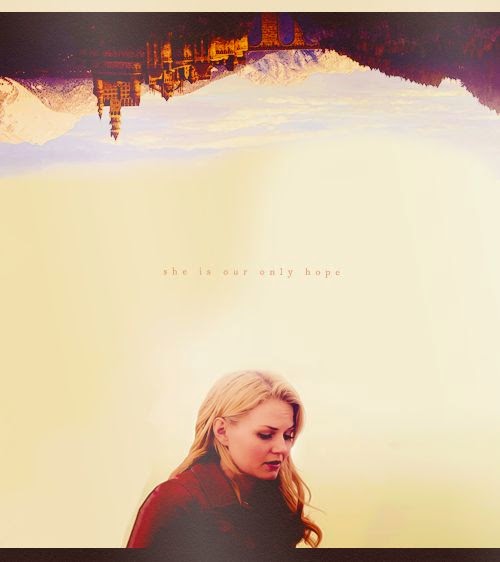 I always hope for the best for the things I love. Storytelling is what I do, it's what I desire while on this earth. So when I write this it's entirely out of love even though I am angry about what's happening. I started to hashtag #FixOnceUponATime over this summer, but things are getting so bad now I think I'm going to change it to #SaveOnceUponATime. Emma is the savior and the thing that needs saving the most is the very story she's in.

Thank you for your time.