We Are Not Things - Mad Max: Fury Road 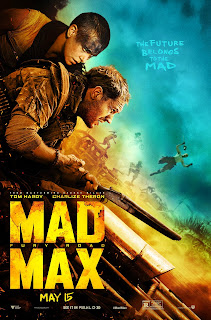 I think we found the surprise film of the year. Nail-biting, seat-gripping, adrenaline-pumping storytelling with no apologies. Finally!

Besides having phenomenal cinematography, production design, and music, Mad Max: Fury Road is an “action movie” with zero sex, mild language, and- though violent- doesn't relish in gory details. I am profoundly impressed with Writer/Director George Miller’s ability to show rather than tell, and yet still leave so much up to the imagination.  You don’t need to see every awful thing that has happened to these characters. Even the actors speak more to each other through facial expression, gestures, and action and you feel an intense emotional connection. A lot of things may be confusing or unexplained because Miller trusts the audience to connect the dots and discover the truth for themselves. This is certainly a refreshing responsibility as a movie-goer.

There is a lot of internet angst and controversy over the feminism in Mad Max. I have to be honest when I heard about these controversies I was a little irked because the last thing I want is another Lara Croft preaching at me about how tough she is on the screen. I’m so tired of the mouthy, action-babe that gets marketed as the “strong female.” Thankfully, Miller doesn’t want that either. Miller is a pronounced feminist, but for him feminism isn’t a message of women being better than men, but that women and men are equals who desperately need each other to thrive, not just survive. His female characters don’t have anything to prove to men, except that they will no longer tolerate being abused by cruel leadership. 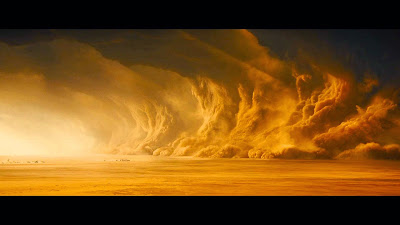 The world he creates is one where harsh masculinity has taken over. This is shown not only in the severe lack of women in the land, but in the culture. The reality we are shown in the film is one where everything leans to the extreme masculine. Guns. Cars. Explosions. Skulls. Blood. War. Violence. It’s like Ghost Rider and WWE birthed an entire nation of people. The feminine is not celebrated, not shared, and any form of beauty is kept locked away from the common people.

Immortan Joe tries to control everything in this world, including life. He controls water which is the source of life, and he even controls reproduction in his quest for healthy children to carry out his legacy. Not only does he keep all green and living things high away from the reach of the common folk, but he also has his wives referred to as “breeders” locked away. His medieval ideas of person ownership even has them bound in chastity belts. Basically they are sex slaves and baby machines for his whim. Due to the harshness of the world, most people are born unhealthy or deformed. However, Joe’s wives are extremely well kept and look like supermodels. They haven’t tasted that harshness. Most likely they are militantly enforced to maintain this standard. My only beef is that they are very underweight and, if their purpose was for breeding, I think realistically they’d have a little more padding to ensure healthy children and pregnancies. Just my two cents. 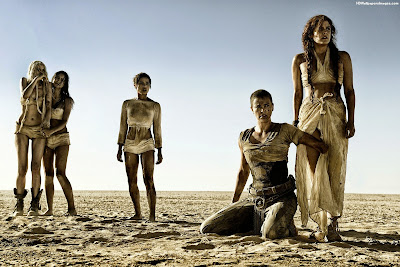 The theme throughout the film is the phrase, “We are not things.” It’s not feminism, it’s just plain human decency. Even the War Boys bred and raised for Joe's army are viewed as things to him. Life is not treasured or kept sacred, hence why the whole world is nothing but dust and salt. I like the way Donna Dickens explained it in her article on Hit Fix:

“The Wives are not things to be put up on a shelf until Immortan Joe wants another heir. The Wives’ unborn children are not things to be raised and molded in a cruel society. The War Boys are not things to be disposed of in a never-ending struggle for dominance. Max is not a thing to be drained dry so another may live. The Vuvalini are not things, but they will prey on those who would think otherwise... Every moment of this film is defying the universe and the audience, refusing to reduce ANY of the characters to things. ”

In the beginning, our two heroes are off to a rough start.  Furiosa is on the run with the “stolen” wives heading toward freedom. Max finds himself a prisoner of the War Boy, Nux. Nux uses him for his blood because as I mentioned most of the people under Immortan Joe’s regime are unhealthy so any healthy person that happens upon them is pretty much harvested on sight. 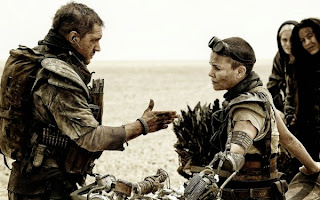 Max and Furiosa’s first meeting is a skirmish where both are trying (very hard) to kill each other. This is not because either of them are bad people, it’s because they are trying to survive and initially view each other as a threat to that survival. After the skirmish, they realize they really could use each other's strengths and differences to make it through the chaos. Thus, they spend the rest of the movie learning to respect and trust each other.

I love every moment of Max and Furiosa together. Not that they need to “get together” romantically (though I wouldn’t complain if they did), but they make an amazing team. They are equals. When Max realizes she’s a better shot, he hands her the gun. Likewise, she doesn't whine or imply she's too tough to need help when he's able to do something for her. There is an unspoken understanding between them. They both come from dark pasts where they have lost and failed to protect those they loved. They are haunted by their memories and realize that they now have a chance at redemption. 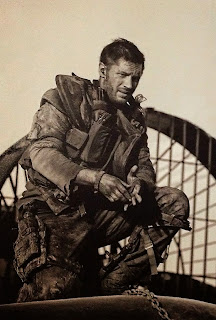 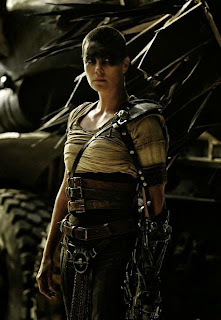 In the end, Furiosa gives everything she has for the Wives and Max gives everything he has for Furiosa, including the very blood in his veins. He fights with her and for her and doesn’t take her glory. He lets her bask in the light of the victory while he quietly, humbly disappears into the crowd. This is a moment where order and balance are restored. Where male and female are equal and cooperative and that’s exactly what is needed for life to resume abundantly.

There is a neat contrast between Max and Immortan Joe. Max is healthy and strong, Joe is sickly and weak. Max is a rescuer, Joe is a captor. Max has humility, Joe is nothing but pride. Max sees other people as people, Joe sees them as things. Max has the truly masculine qualities, Joe has what he thinks is masculine which is dominance, the alpha complex. 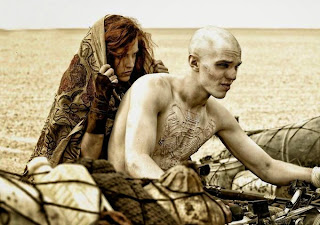 I also loved Nux’s story. He starts off as one of many, faceless in crowd of servants who worship Immortan Joe. He thinks this man will give him glory. Later Nux realizes the truth, that he is just a slave to a man who is using him and every other War Boy. This is an earth shattering reality that breaks him. He completely loses his identity, or so it feels initially.

The Wives have every reason to want to kill Nux, after all he was in pursuit of them to begin with, but instead they spare him knowing that he is just as much a slave as they are. This respect for life humbles him and he becomes their ally to the point of giving his life for them. The War Boys were promised glory from Joe and therefore became obsessed with the idea. Nux showed us that the real glory came not from fame or praise but by giving yourself for others.

One of the Wives, called The Dag, has a spiritual element to her. I love when she starts randomly praying in the rig and another wife named Toast (yeah, they need to work on those names) asks her who she is praying to. Dag answers, "Anyone who's listening." She is completely open to faith and hope even though she can't see where this entire journey is going.

After finding a group of older women called the Vuvalini, she bonds with one of them who carries around little seedlings in a bag with the hopes that one day there will be ground fit to grow them in. When she dies, Dag takes the bag and with it the hope that life can start again in abundance. Immortan Joe valued gasoline and metal over water and plants. If he had valued nature first they would have had the resources to live healthy lives, bear healthy children, and thrive. It's not that gasoline and metal aren't necessary, of course they are, but it's the lack of balance, same as with the lack of male/female balance, that destroyed the earth.

Life. Hope. Redemption. Balance. Abundance. These are gems you will find in this dirty, dusty thrill ride if you dig deep enough. These are the kinds of films I live for, those with a lot to say but don't get on a soap-box to say them, and all the while turning the epic artistry on full blast. I wouldn't say this film is for everyone (especially not those with nervous disorders), but if you are open to something really outside the box it's not to be missed! 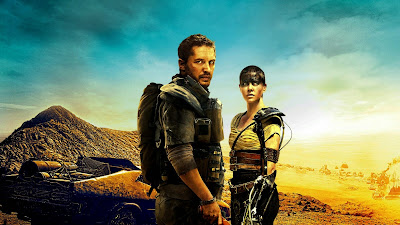