Hey everyone! I am still working on redefining and remodeling this blog, but in the meantime, I wanted to start another series that I will continue sporadically in the future called M.O.S. No, it's not mit out sound, for all my filmmaking amigos, but Marriage on Screen.

Yes, I am an old-fashioned old lady who is very passionate about marriage and the union of husband and wife. However, I've noticed an increasing trend of traditional marriages often being shown in a negative light on screen in our contemporary culture. I'm not sure what it is, but when you find a truly inspiring, yet realistic marriage on screen it's a rare thing.

Another reason I want to discuss marriage on screen is that often marriage has been merely the end game of the story and once they get together the credits roll and we don't see what real married life is like. Or, people are married but their relationship is splattered with infidelity and other kinds of quirky dysfunctional hijinks. Or, they're married and secretly want to kill one another (Gone Girl anyone? Yikes!) So I am making it one of my side-missions to talk about the on-screen marriages I adore and why I feel they deserve praise. If I don't pick certain ones it doesn't mean I am against them,  it just means I'm extremely picky and want to only discuss couples I'm personally passionate about. Sorry, but life is short!

So without further ado, first on my list is Hoban and Zoe Washburne of the incredible, gone-too-soon Joss Whedon masterpiece, Firefly. These two are played to perfection by the adorable Alan Tudyk and the gorgeous Gina Torres. 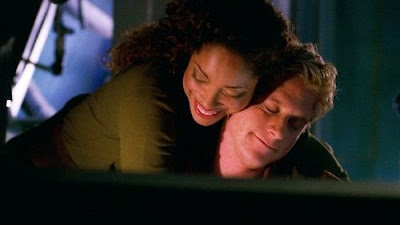 For those who haven't seen Firefly, SEE IT. RIGHT NOW. Not even kidding. Until then...

Zoe and Wash are a wonderful pairing of opposites. Wash is goofy, loving, imaginative, energetic and positive. Myself and many other fans agree he's an ENFP (Myers-Briggs type), which is fun for me because I am too and it's rare to see male ENFPs on screen. Zoe is a reserved, serious, practical, honor and duty-bound soldier. She's a text-book ISTJ, the complete opposite of Wash.

For them, differences work well together and it's what attracted them to each other. Wash brings out a sense of humor in Zoe that enables her to let her guard down, be relaxed and have fun. When she's with Wash she's playful and carefree. Likewise, Zoe is Wash's guardian. He's the pilot of their ship Serenity and she's basically the captain's first mate. Wash's imagination and emotional desires can sometimes cloud his judgment, so Zoe is always looking out for him and has his back, even when he doesn't realize it. 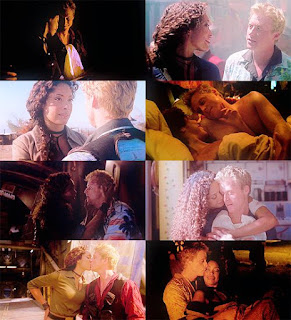 Likewise, Zoe and Wash break a lot of stereotypes without making a big deal out of breaking the stereotypes. Wash is a lover, not a fighter. He's an amazing pilot, but when it comes to the fighting and the shooting, he takes a step back. Zoe is the soldier. She can shoot and fight better than most men and she doesn't get all smug about it either. Zoe has nothing to prove to anyone. She's a strong woman and her husband loves her for it. They embody all the necessary facets of husband and wife: lovers, friends, partners, teammates. They both love and respect each other for who they are and don't try to change the other. Wash isn't threatened or emasculated by Zoe's strength, he's simply himself and he encourages his wife to be herself. Fancy that! 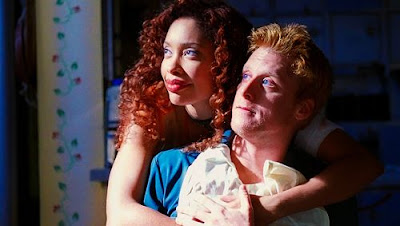 Now that doesn't mean this respect doesn't get tested occasionally. Zoe and Mal (the ship's captain) have a long history of being friends and comrades together in the war long before she ever met Wash. Zoe listens to Mal because he was her commanding officer and she trusts his judgment. One good example of a moment Zoe and Wash are tested is in the episode called "War Stories." Here Wash struggles with Zoe's tendency to trust Mal's judgement more than his. He feels left out when he should be the most important thing to her. In the episode, Wash and Mal get captured and tortured by Nisk, who is basically a sadistic mob lord. When Zoe comes to their rescue Nisk says she can only take one of them. He assumes he'll get the joy of watching her agonize over the choice between her husband and her captain, but before he can draw another breath she points right at Wash and says. "Him." 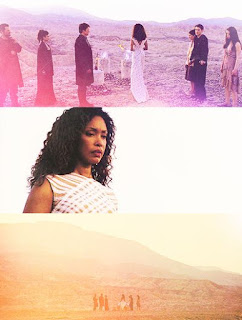 In just one word, Zoe sums up who she is as a wife. Her husband truly is the most important person to her. She would fight for him, die for him, and she will always choose him first. No, I'm not tearing up while... I'm... typing... this... *sniff*

Another scene that comes to mind is when Simon, the ship's doctor, gets shot. He calls on Zoe to help him remove the bullet. She struggles with it a bit, and Wash just jumps around energetically wiping her brow and pretty much being useless in the practical sense. However, it's his presence and support that encourages her to tackle the challenge.

They face many such challenges and moments of miscommunication or irritation with one another, but thankfully are never subjected to the stereotypical TV methods of testing relationships. Soap opera tactics like love triangles or couples willfully deceiving each other for some dramatic reason or other. These two have love, respect, a healthy sex life, and a strong bond with their ship family. I believe they are more relatable and realistic as a couple because of these qualities.

Zoe and Wash start out married and stay married, right until the end. An end that I still have trouble talking about. I will NEVER get over Wash's death in Serenity. Too far, Joss, too far. Though Fox terminated Firefly way before it's time and Serenity brought a devastating climax to the Zoe and Wash love story, there is a small sliver of hope. So many fans, myself included, imagined that maybe Zoe was pregnant before Wash was killed. They spoke of wanting to have a baby in an episode. So thankfully in the graphic novels the authors too felt some sort of hope was needed for this incredible couple. Thus, Zoe was indeed pregnant and gave birth to a daughter she named Hoban after her father. 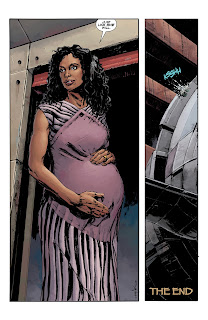 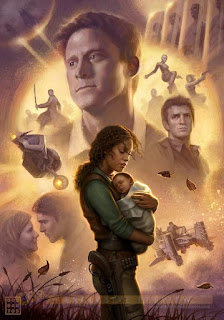 I don't give a good gorram about relevant, Wash. Or objective.
And I ain't so afraid of losing something
that I ain't gonna try to have it.
You and I would make one beautiful baby.
And I want to meet that child one day. Period.

I leave you today with this fan video I found that may or may not have made my mascara run. Zoe and Wash forever. Peace out, Browncoats!