Where the Doors Lead - BBC's Jonathan Strange and Mr. Norrell 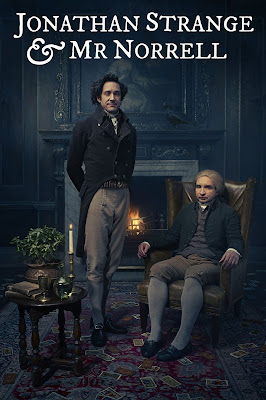 I love sinking my teeth into a great period piece film. I've read all of Austen's novels and so many others. I've seen multiple versions of the stories on screen. I find that in multiple versions I always find things I adore about each of them. Seeing different people's interpretations is so fascinating to me as a storyteller.

Though Jonathan Strange & Mr. Norrell seems like a classic novel, it's barely over a decade old.  I have yet to read the book (it's on my 2016 reading list), but the BBC series was delightful. Exquisite production design, brilliant actors, and lots and lots of books!

I'm not going to dig into the plot too much in this post. Primarily, I wanted to discuss what I feel is the heart and soul of the story... the harmony and discord of Strange and Norrell.

What is so interesting about JS&MN is that it presents a different way of contemplating the philosophical battle that was so prevalent at the time the story takes place, during the Napoleonic Wars and the tail-end of the Age of Enlightenment. Two drastically different men rise possessing magical powers and their opposing approaches to magic and life make for a fascinating battle of wits and tricks.

Norrell is an ISTJ. He represents tradition, respectability, reason, scholarship, and realism. Well, as "real" as a magical person can be. Rules, order, and control drive him. They drive him so much that even when he makes a terrible mistake, he refuses to admit it, for admitting it will mean admitting he caused disorder. 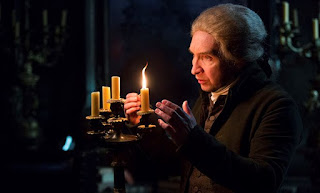 Strange is an ENFP, Norrell's complete opposite. He is romantic, passionate and free. He believes in exploring possibilities and letting the magic take it's course instead of trying to control it and keep it confined. He is innovative, always seeking ways to move forward and extend the boundaries. Strange can be summed up in one exchange of dialogue:


Arabella: You have no idea where these paths lead.
Jonathan Strange: No, and that’s the glorious, wondrous thing of it!

All this being said, Strange and Norrell's battle is little about the men themselves and more about the larger things at stake that each of them fights for. The epic debate of innovation vs. scholarship, tradition vs. change, vision vs. application. It's almost frustrating to watch because it's a battle that is still being fought to this day, yet it's so painfully obvious how these two ideals need not be at odds.They need each other to flourish.

Though Strange begins as Norrell's apprentice and friend early on, the relationship quickly declines into competition and, eventually, rivalry. At their worst, Norrell's stubborn vanity and Strange's maddening efficacy make for a wonderful duel that never once draws pistols or swords.

One of the things I adore most in this story is the marriage of Jonathan and Arabella Strange. Many stories often tell us how people fall in love, but don't really give us a peek into how much deeper marriage goes. Perhaps it is because I am married now myself, but I found their marriage refreshingly organic and believable against the backdrop of neo-magical England. Jonathan and Arabella feel real as a married couple. They worry, they bicker, they get frustrated, they banter playful sexual innuendo with each other, and above all they are devoted to death and beyond. I also enjoy Arabella's strong responses to Jonathan when she feels he's out-of-line or speaking for her. If the series had been a little longer, I certainly would do an entire post on them for my Marriage on Screen series. 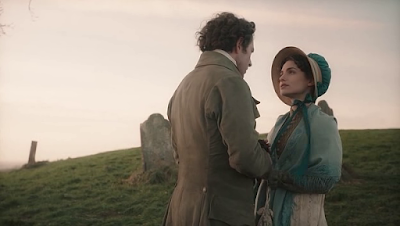 Though I personally appreciate things that take their time developing and unfolding, my criticism of the series is the unevenness in pacing and execution. Things moved either very slowly, or, everything exciting was happening at once. Overall, the story could have used a little more focus and unpacking of the more interesting aspects like The Raven King, Stephen Black, and the true source of magic. Granted, British men discussing magical books at length is somewhat of a dream for me, but a little less of it might have evened out the pacing more efficiently for the general television audience.

I also had a lot of frustrations with the ending. What happened to Jonathan and Arabella was incredibly disappointing. Unless Susanna Clarke intended for a sequel, things should not have ended for them the way they did. I know she did talk about doing a sequel in a 2004 interview, but there's been nothing since then. BBC has teased the idea of doing a second season, but I fear without Clarke being involved it will fall away from the canon and turn into something else. 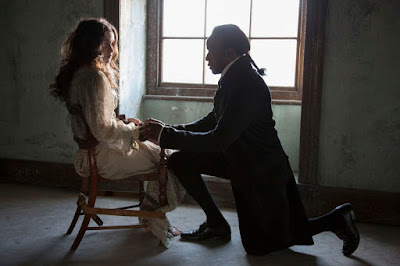 Additionally, I felt the ending for Stephen Black and the King of Lost Hope was a little rushed too. I would have liked to dig deeper into their characters and motivations, as well as have a greater understanding of what happens with them in the end. Too many crucial moments were crammed into the last episode. The same goes for the resolution between Norrell and Strange. They finally find a harmonious place, where the two can end their rivalry and work together, and then it's suddenly over for them. England finally sees a magic revival, but we don't get to explore what happens next.

Based on only watching the series, I really believe this story was meant for more and I truly hope that Clarke will see that potential and continue. I am very eager to read the book soon, but I have one request, please don't let this fantastic tale end here...

Take us to the other side of the rain.