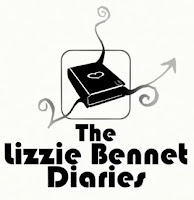 I love that as an aspiring filmmaker we live in a world where the internet can promote just about anything and cameras and editing software are available to all. This must have been the opportunity Luther felt when he jumped all over the Gutenberg printing press. Anyway… I’ve only recently seen youtube as a medium for promoting true art. Usually people just get distracted by how-to videos and kittens and puppies, but what amazes me is the amount of creative webseries that are finally on the rise, and my personal favorite, so far, The Lizzie Bennet Diaries.

I’ve been a Jane Austen fan since I was 18 and first read Pride and Prejudice, actually maybe earlier because I saw the Sense and Sensibility film as a young girl and loved it. At any rate, I have always adored her work. I could write an entire blog post about that, but for the sake of focus I will stick to the topic. The Lizzie Bennet Diaries, or LBD for short, is a modern retelling of Austen’s Pride and Prejudice told in a webisode, diary format. Lizzie tells the story of her life, which follows the plot structure of the book, in a vlog form including many of the other characters face to face and definitely in her hysterical impersonations. 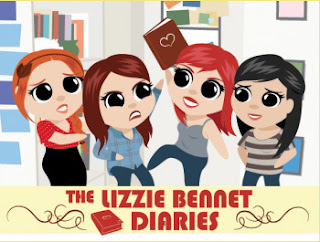 This is without a doubt one of the cleverest things I have ever seen. It starts out good it becomes truly great the further it goes along. As of today there are 96 episodes, I am assuming there will be 100, but we’ll find out soon. They are usually around 5 minutes long, though some have been as long as 8. It's typically shot at just one camera angle but it does not feel stagnant, the quick and superb editing make you feel as though you are watching a television show and not just some random person’s vlog.

What makes the show clever is how it connects the events in Austen’s books with believable events of today. Lizzie is an aspiring media student with an emphasis in online video technologies (from what I gather). She goes to vidcon and tours around a couple of companies throughout the series. I thought it was genius using the internet and modern technologies to push the events of the plot forward; it really made this fun and charismatic series believable. 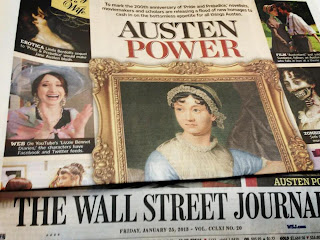 I think this was most proficiently portrayed with the situation revolving around Lydia and Wickam. In the book, Wickam is a cad who lures Lydia to sleep with him and run away. This alone was scandalous in Austen’s day, but not so much in our own. In this series, Wickam forces the girl to make a sex video, and then unbeknownst to her creates a scandal by putting it online for all to see, breaking her heart and ruining her forever. Of course Darcy in the book is a man of money and influence and is able to fix the situation and repair things for the family by his means. In this series, Darcy owns a media company and through his power of not only his financial means but his power over internet and media he is able to stop this from happening and save Lydia from even more heartbreak and sure ruin.

I really loved the characters in this series and how even though they are based on the books, the creators truly made this story their own and set it apart from any other Austen remakes I’ve seen. What struck me the most was how they placed a huge importance on family, especially during the whole Lydia debacle. It was really moving and emotional to watch the sisters go through this and in the process develop their own relationships to each other. In episode 87, I actually got really teary-eyed. They made me love Lydia, whereas in Austen’s novel she’s quite deplorable a good percentage of the time. Lydia starts out as a text-talking party girl, seemingly ditzy, but they truly develop her and give her a full character arc. Even the "good girl" Jane has a character arc, and they even made Mr. Collins adorable which I thought was impossible! Whoever wrote this really understands the power and presence of character development and how that shapes the plot and transforms the story. 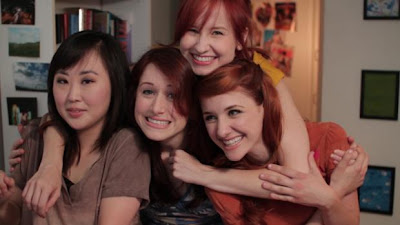 Though there are definitely huge changes and modern sensibilities, I liked that characters like Jane still carry the more “old-fashioned” way of dating and relationships. They don’t deny that this is a sex-before-marriage world we live in, but they also show that there are people out there who make different choices. Lydia represents one way the modern world thinks, and Jane represents another. I really appreciated the care they took to include both Austen’s way of living and our own modern world making them coincide splendidly. It was unexpected and refreshing. 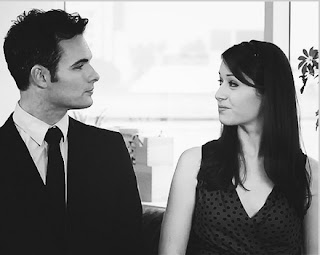 Of course Darcy is amazing and seriously adorable. Naturally, he's a good-looking chap, but they really captured Darcy's socially awkward persona and showed his vulnerability as a character.  It's a common misconception that Jane Austen's men are perfect swashbucklers, but that couldn't be further from the truth. They are quite realistic men with issues that they have to confront. They make mistakes, often say the wrong thing, and have to learn a lot before they story ends. I think if some men actually sat down and watched/read Austen material they would find they can really relate to her heroes and the challenges they face.

This series actually inspired me to start my own webseries this summer, so everyone stay tuned! I won’t be the star of course, but I will be a side character and I couldn’t be more excited. Thank you, LBD, your series rocks and it has opened the floodgates for creative, well-written, and lovable online shows! Check them out: http://www.lizziebennet.com/ 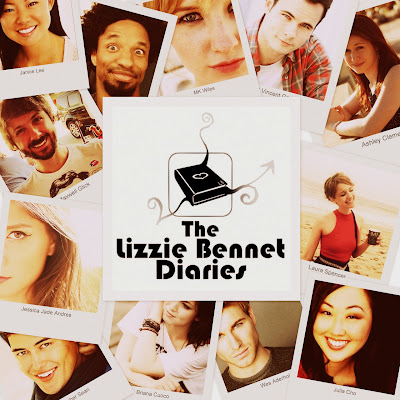