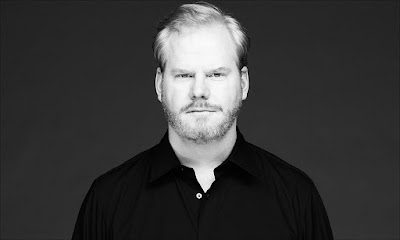 I will preface this post by saying... I love Jim Gaffigan. He is my favorite stand-up comedian, no contest. I think his performance ability, voices, and impressions are a blast. I like that he doesn't have to be raunchy to garner laughs and all his observations on American society, especially when it comes to food, are spot on. I have all his stand-up specials, his book Dad is Fat, and I saw him live in 2010. In short, I am a fan.

I have a high respect for Jim and his wife Jeannie. I'm impressed that they manage to make family a priority in the noisy streets of New York City where they raise their five kids in a two bedroom apartment. Yikes! I also love that they are very open about faith and even personal struggles. 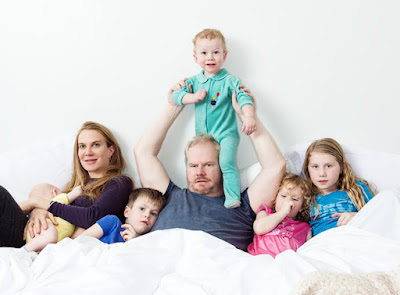 So when Jim announced he was doing a TV show surrounding his crazy life with his five kids in New York. I thought it was a fun, albeit slightly strange idea to make a narrative so closely related to your life.

I watched the first five episodes with my husband, but we both were pretty unimpressed. Not that Jim isn't funny, of course he is, but the show's humor doesn't live up to the standard set by his stand-up. The writing overall seems like it can't find a consistent tone. The comedy ranges from situational hijinks, awkward moments, and even over-the-top slapstick at times.

Part of why I love Jim's stand up so much is because we are seeing the world through his interpretation. He does the voices of his wife, random characters, and even his audience. His presentation of people is part of what makes the performance so hysterical. My personal favorite is his New York/Boston accents he throws in. He once even used that voice for one of Jesus's disciples and it was gold. However, when you meet these characters from his life in the show, something falls flat. It doesn't have his voice, it's just people. In my opinion, the situations and characters don't really have the steam for regular prime-time programming.

The other parts that make Jim's stand-up so great are also lost in the show. He doesn't break down and discuss his observations of the world in the show. That space has been filled with an overabundance of scenes in which he's dealing with his food addiction or constantly being reminded he's fat. We really don't experience any of the more amusing commentaries on going to the gym, McDonald's snobs, or Church mass that we've come to love and expect from Jim. He usually spends a good portion of his sets unpacking a social norm and exposing how ridiculous (and ridiculously funny) it really is. A lot of what sets him apart and what gives his comedy a clever edge is that social exposition on our habits as American people.

I'm definitely not saying the show is terrible, but neither is it great. It's just kind of there floating around TV Land. I feel a little crappy typing all this, but as a fan and a viewer I have to be honest. I am glad he creatively took a chance and tried something new, but I also am hoping he ends this experiment after one season and returns to stand-up where, in my humble opinion, his strength lies.

Man, the good times just keep rolling. This is my third podcast to date and my third podcast with a completely different set of guys. I'm so blessed to be collaborating with so many new movie people, huzzah!

Today I'm talking with Joe Darnell and T.J. Draper of MovieByte. We dive into July's film Mr. Holmes, the many different Sherlock interpretations, and some other upcoming features and shows in the entertainment world.


Check out our episode here: Episode 149: The World Was Black and White 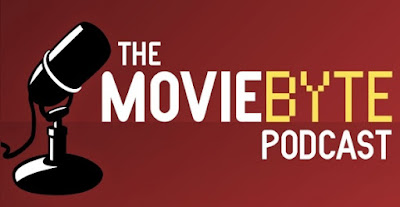 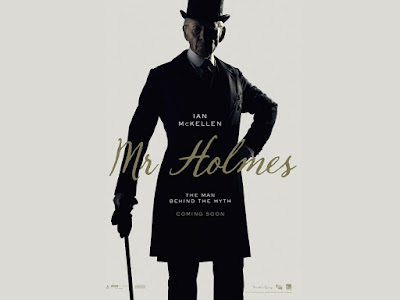 Posted by Alexis P. Johnson at 9:46 AM No comments:

Reviewing the Classics: Metropolis - My Post on Reel World Theology!

Today I had the honor of sharing my second written post with Reel World Theology!

This was particularly fun as I really enjoy discussing early cinema. In recent years, I have become slightly infatuated with German Expressionism films. As fate would have it, a few people on the RWT team are also interested in this so I got to hop aboard their Reviewing the Classics series.

My first contribution to this series is all about Metropolis, 1927. Despite it's flaws in story, I consider it to be on the greatest films ever made simply due to the creativity and production value.

In a World - My First Podcast With Culture Cubby!

Well, I am extremely blessed to be a part of now THREE podcast teams. Huzzah! This has been such an exciting time for me.

My friend Julian Sosa, whom I've had the pleasure of working with on two of my projects, invited me to be a part of his podcast on Culture Cubby. He and his friend Jared get together and discuss films on a personal level, delving into how we relate to characters and situations internally. 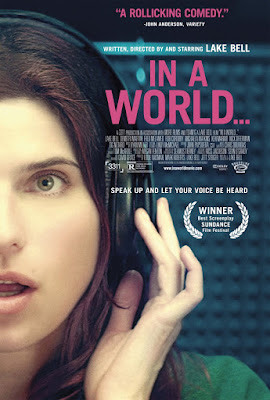 The film we viewed and discussed was In a World. Though it had been on my "To-See List" for quite some time, I was surprised by how much I like this film. Then again it's all about a woman trying to make it in a male dominated industry so I should completely relate haha.


I talked A LOT in this one and delved into some personal things of my own in relation to the film.

Check out the podcast here: In a World 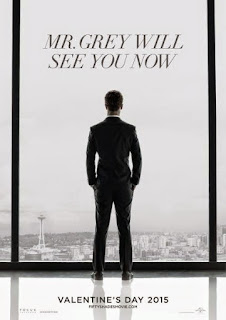 I originally posted this back in February when the film was first released in theaters, but I hadn’t seen it. Initially, I didn’t intend to, but I kind of felt I could stand stronger on my points if I saw it. This past weekend myself and two friends (we couldn’t go through it alone haha) decided to watch the film so people would stop telling us we "don’t know what we’re talking about." Disclaimer: I would not recommend this film to anyone.


It was easily two of the most uncomfortable hours of my life. It wasn’t necessarily the sex scenes, I expected them to be gratuitous and extensive. I pretty much just tuned those out because Dakota Johnson completely overacted the whole time and it was honestly quite laughable. What made the experience unbearable was more due to the characters and their dialogue exchanges. It's excruciating listening to two psychologically disturbed people mumbling the same questions and answers over and over. Also, if I have to see Dakota Johnson make another cutesy brat face or bite her lip for the fiftieth time, I’ll lose it.

My friend and I skimmed through parts of the first book at Barnes and Noble a while back. We could not stop laughing at the banal and juvenile composition. We did the same thing for Twilight and it was hysterical. The "author" of 50 Shades of Grey, E.L. James, originally based her story as a Twilight fan-fiction. However, there came a point when my friend and I stopped laughing, when the abuse and horrifying nature of the the circumstances were revealed. Somewhere between James's awfully repetitive prose and orgasmic exclamations lies something truly dangerous.

In 50 Shades, Anastasia Steele is another Mary Sue, possibly even more so than Bella Swan. She is an early twenties, virginal college student who works at a hardware store and doesn't know how to use computers. After interviewing Christian Grey (a conveniently handsome and powerful, self-made billionaire) for a school publishing, he decides for absolutely no reason that he's insatiably taken with Ana. 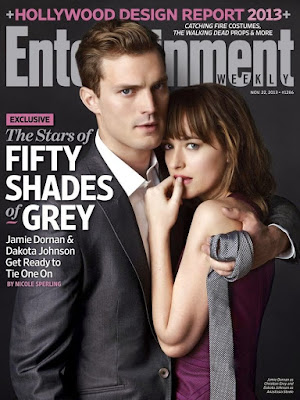 Christian Grey is a controlling, abusive, broken, and otherwise very screwed up human being. We are all sinners and we all have our demons, but that's not the issue here. The issue is this man is glamorized and built up to be the epitome of the modern woman's fantasy. I do have to say, at least his portrayal in the film went into his past and gave the audience more of the “why” he is the way he is because of the abuse he endured growing up. However, Christian Grey is not someone to be idolized or desired as he is not seeking help to heal his wounds and deal with his issues. He seeks out release in consensual sexual abuse.

We can't feel overly sorry for Ana though, because she actually chooses this lunacy. He constantly asks her if she wants to do this, or has to repeat his intentions over and over. Ana’s character is completely vapid as if she doesn’t understand what any of this means even though he makes it ABUNDANTLY clear. She asks him repeatedly like a whiny high-school girl why they can’t be in a real relationship. You could seriously play a drinking game with how many times that exchange occurs in the film. Her character drove me nuts.

Additionally, Christian financially provides for her and she has to remain in good health and physical shape. Exercise and diet are strict terms of the contract. She's even not allowed to make eye contact or roll her eyes. I'm sorry, but WTF? She is literally his toy, basically a self-declared sex slave. Christian's dominance also leaks into her personal life. He stalks her every move and sends her insulting and verbally abusive e-mails and text messages in which he subtly reminds her who holds all the cards. However, this aspect wasn’t as bad in the film as it is the books.

I personally cannot understand this movement that claims 50 Shades is feminist. It's the complete opposite. There is nothing empowering about Anastasia Steele. Many will argue that what makes her a feminist figure is that she is releasing her caged sexuality and freeing herself from apprehension by flirting with her darker side. Honestly, she plays mind games with Christian almost as much as he does with her. Why can’t she find her sexual freedom and empowerment in a healthy relationship?

What I don't get from my generation is why feminism or women's rights ALWAYS comes down to sex or something sexual. Birth control, abortion, being able to sleep around without consequence, these seem to be the only woman's issues people want to rant about. Meanwhile, there are women in many areas of the globe who are fighting on the edge of death simply to get a basic education, choose whom they want to marry, or even show their faces in public.

Women's rights are about so much more than just sex, but how can we know when EVERYTHING in Western culture revolves around sex? Why is sex the only method or weapon we have in our arsenal to rise to the top? If it's not sexuality, then it defaults to this stereotypical Lara Croft version of feminism which means wear leather, shoot guns, and act like a b****. What happened to women being intellectually or morally strong?  A true feminist would have called the cops on Christian Grey the minute he first stalked her at the hardware store shopping for serial killer accessories.

This isn't normally a subject or film I would talk about on my blog, but I want to be a part of the counter-movement of women who are not okay with this and who want more out of empowerment than sexuality. We need women in fiction who are strong and empowered just by being themselves. We need more Hermione Grangers and Katniss Everdeens, and less Anastasia Steeles or Bella Swans who rely on the men they are obsessed with to release their "inner goddess." Gag me, please.

Just not with a neck tie.

Save yourselves the trouble and have a laugh, just watch the Honest Trailer for the movie...

Posted by Alexis P. Johnson at 1:36 PM No comments: