"Don't waste your life." ~ The Metamorphosis of Tony Stark 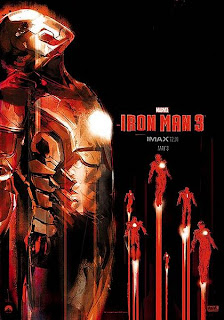 I am so excited to finally be able to share this post about one of the most memorable, quotable, and hate/love inducing characters of all time--Tony Stark, aka: Iron Man. For me, he is so much more than a superhero, he’s a fantastic, fictional example of so many themes I adore: salvation, sanctification, redemption, and legacy.

When we meet Tony Stark in the first film, his flaws are immediately laid bare for all to see. On the one hand, he is a genius and a brilliant innovator. On the other hand, he is a self-concerned, prideful, playboy whose interest has always been in one thing: himself. This stems from a long history of daddy issues and a corrupted, conceited independence.

Tony gets attacked during a routine test of his latest weapon inventions whereby pieces of shrapnel from a blast are lodged into his chest. With each passing day, the pieces become more of a threat as they inch closer to his heart. He is captured by a terrorist group, but he’s not the only one. With them is another brilliant man, a doctor named Yinsen. He saves Tony’s life and makes him a “new heart,” a device that will keep the shrapnel from killing him. 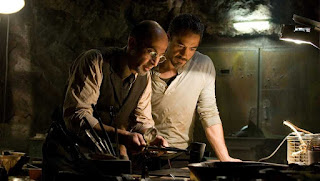 Yinsen right away is Tony’s antithesis. He is humble, and gentle spirited. He agrees to help Tony with an escape plan and ultimately lays down his life for Mr. Stark. The two form a friendship in their captivity, but it sadly does not last long. As Yinsen lies dying, he whispers a significant line, “Don’t waste it… don’t waste your life.”

This entire portion with Yinsen was Tony’s salvation chapter. His life, heart, and future were saved by Yinsen’s talent as a surgeon and by his selfless sacrifice. Throughout the whole first film, we follow Tony on his quest to become something new, and this begins with the first challenge of cleansing his company of immoral and unethical ways.

What I love about Tony, and what makes him a hero, is that he owns his mistakes. After he returns from witnessing the wickedness his company has become a part of, he doesn't sit around and cry about it. He gets his butt to work and does something. Tony sees a problem and executes a solution. I personally relate to Tony's motivation and quick action, and I also relate to the downsides too. Sometimes, the quick action can simply be personal rashness and majorly backfire, but initially, Tony's ambition is the fuel that fires his heroism. 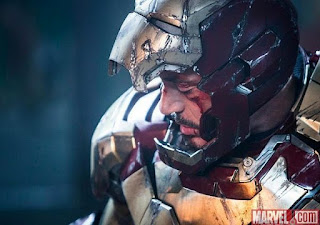 In Iron Man 2, Tony faces a common problem that occurs when most people are born again with a new life to live--the stumbling blocks arise. Tony has been given a new chance but he still has to live life in a fallen world where all his past problems and current threats can take him down, if he lets them. This chapter is his sanctification. The part where the rubber meets the road, when we have to put our money where our mouth is, and other irksome colloquialisms. It’s always a life-altering event that changes us, but staying changed for the better takes daily effort and struggle.

What aids this is Tony coming to terms with the truth about his father and accepting the family legacy. Legacy asks us to not only look to ourselves but look to the entire world. Tony’s family had immense wealth of gifts and knowledge to share that he so often took for granted. For him to truly transform, he needs to begin to think outside of himself. 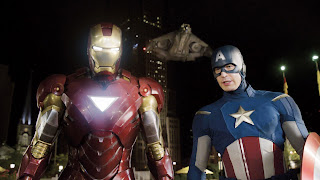 In The Avengers, we see Tony still in the midst of that struggle, and this time faced with something new… sharing the glory with a team and having to lay himself down for the team. It was a great thing to see Joss Whedon engage in the character conflict between Steve (Captain America) and Tony. These two couldn’t be more polar opposite and their views clash tremendously. Steve is a naturally selfless man, he gives wholly of himself whether it’s giving his body to science experimentation or throwing himself upon a grenade to save those around him.

Steve sees everything as a team effort and when he meets Tony he is instantly rubbed the wrong way. However, by having to rely on each other, the two are faced with their own faults. Tony is faced with Steve’s accusations of his selfishness and “Lone Ranger” mentality, and Tony points out to Steve his tendency for blind patriotism and his own self-righteousness in regard to his values. In the end of Avengers, Tony shows that he was indeed listening to the Cap and puts others before himself. Likewise, halfway through the movie, Steve stops blindly trusting his superiors and goes on his own side quest to discover what Nick Fury is really up to. The two provide each other with a splendid and necessary balance. 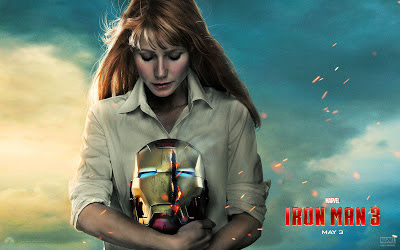 Now we get to Iron Man 3... Here Tony is pushed to his limit toward a climactic event.

A favorite scene for me is the attack on Tony Stark’s home. This is a defining symbolic moment as Tony’s Malibu Barbie dream home and all his toys fall into the sea, portraying the end of his life as an object of materialism and the collapse of his comfort zone. He is stripped down to nothing--from the loss of his home, to his surprise crash landing in Tennessee far, far away. Jarvis malfunctions and he, too, is gone temporarily, leaving Tony without his trusty computer to guide him through turmoil. Tony has nothing to rely on but himself and the clothes on his back. As he tells Pepper, “I just stole a poncho from a wooden Indian.” It gets that bad. 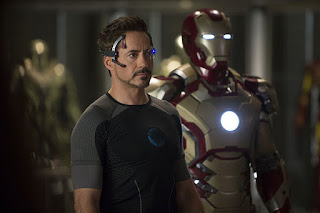 He develops a relationship with a smart, manipulative little boy not unlike himself in the town of Rose Hill, TN. This boy helps him through his quest for answers and also his struggle with anxiety attacks. As children do, he gives him a very innocent, wide-eyed piece of advice… “Why don’t you just build something?” The kid reminds him that he is Tony Stark, and he doesn’t need all that junk, and all those toys or even his suits to do great things. This brings him to that realization of what’s inside of him being more important than the things and materials he has. Tony does just as the boy suggests and, using items from the hardware store and his innovative imagination, he takes down the security of the Mandarin's lair without once stepping into a suit.

At the end of Iron Man 3, Tony comes to terms with the truth about his time thus far in the suit. It was in part a distraction, in other ways it was a way to control his fear by making bigger and better toys with the notion that they will help keep Pepper, and the rest of the world, safe. Yet, he ends with saying that his suits were a “cocoon” and my heart lifted in that moment because that line absolutely nails it. A cocoon is the net of new life, but you cannot come out of it without a great struggle beforehand, and nothing can assist you, or you will die quickly. The struggle of the birth, is how you are transformed. 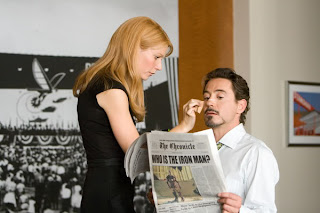 The heart of all the Iron Man films is Pepperony (Sorry, I couldn’t resist!) Tony’s relationship with his steady, loyal companion Pepper Potts. These two are one of my favorite couples in all fictiondom. From the very beginning, they have a chemistry and love that doesn’t always need to be spelled out--it’s obvious in all its subtleties. What I love so much about Pepper is that she is a determined woman who works hard, but she doesn’t sacrifice her femininity to do so. She has a nurturing, sweet spirit, but she is also a competent and inspiring leader. The two are match-made-in-heaven compliments of each other and balance each other's strengths and weaknesses. 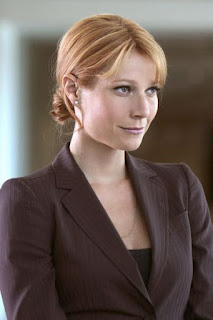 For years Pepper has fought for Tony and with him. My favorite moment of all the Iron Man films is the amazing ending scene in Iron Man 3 when Tony has Jarvis initiate the “Clean Slate Protocol." AKA: He blows up all his suits. It's all for Pepper, and to start fresh with her. He doesn’t choose his need for material things, or his fear that leads him to believe he needs those things. He chooses her. Like Fourth of July, all the suits shoot light across the sky as Tony pulls her close and kisses her. Perfect.

The Iron Man films are by no means flawless or groundbreaking, but they aren’t supposed to be. They are there to tell the story of  Tony Stark, and at that they fully succeed. From his cocoon he emerges imperfect, but victorious none the less. All hail the man in the can!
Posted by Alexis P. Johnson at 11:43 PM