10 Things That DON'T Suck About the Star Wars Prequels 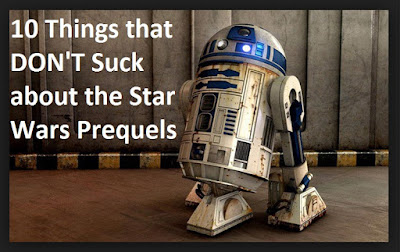 Yes, it is possible! I found 10 things that don't suck about the commonly loathed Star Wars prequels.

Seriously, there is so much hate out there for these movies. When they first came out, I actually really liked them. Granted, I was 14, but even Jar Jar doesn't bother me the way he bothers other people. These days I acknowledge that they aren't good films, but they aren't the worst things ever either. If they had a better writer and director, they would have been amazing. I blame George Lucas for going all "James Cameron" on everything, but that's a tale for another day.

Admittedly, my feelings come from a strong air of nostalgia that will always be there and it softens the blow of how bad they are. I think we need some balance out there with all the searing angst from the Star Wars fandom. Keep in mind this is entirely my opinion, but I think the points are fair in a general sense too. So without further ado... 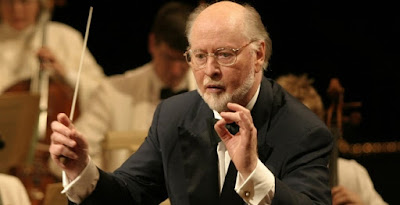 John Williams is John Williams. He could score someone taking a poop and it would be a masterpiece. (I suppose in some people's opinions, that's precisely what he did when scoring these films). To this day I consider "Duel of the Fates" and "Across the Stars (Love Theme)" to be two of the most epic and beautiful pieces of music ever composed. The scores to all three films are breathtakingly superb and, if nothing else, we nerds can listen to them and imagine our own version of the prequel storyline.

The costume design of the prequels is pillared by remarkable detail and distinction, with inspirations accumulated from across continents and time periods. I love every piece of Padme Amidala's wardrobe in all three films, even the gaudy pieces, simply because they're so exquisite and unique. Her wardrobe alone was a major cornerstone of the films. I love how she has a distinctly different wardrobe in Phantom Menace and Attack of the Clones. Then, in Revenge of the Sith, her wardrobe is a combination of her style in the two previous films. Very clever! 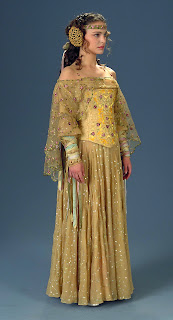 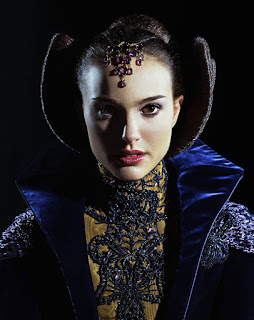 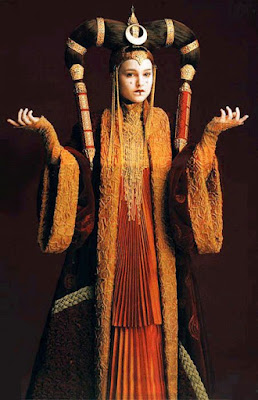 Ah, my heart still flutters a little. I remember all too well that early teenage crushing when I saw Phantom Menace in theaters. I always loved his character in the original trilogy, but adorable Ewan McGregor definitely added something deeper to his makeup. By far the best performance in the prequel trilogy, Ewan really captured the essence of the character. If nothing else, I can watch the prequels for him alone and feel totally satisfied. He is Obi Wan. 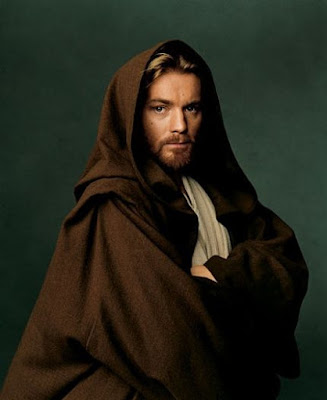 Dude is bad ass, end of story. Sadly, poorly developed and reduced to being Darth Sidious's muscle. However, Darth Maul is easily one of the most memorable things in the entire Star Wars universe. His costume design was the perfect mix of terror and elegance. I'll be the first to admit I still  get chills when "Duel of the Fates" begins playing and he slowly removes his hood before revealing our very first glimpse of a double light saber. *nerd-drool*

Still, besides looking cool and having legit combat skills, Darth Maul reminds me of the original Sith Lords of the Old Republic era of Star Wars which, at this point, is really only in books and video games. The Old Republic is my favorite time period in the Star Wars universe. I hope one day we'll get to see more of what it was like on the silver screen. 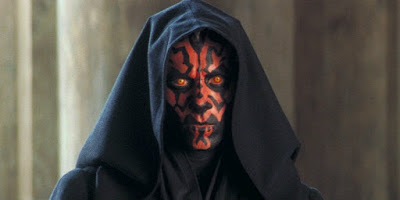 Off-shooting from Darth Maul, this list wouldn't be complete without discussing the immense transformation of the lightsaber battles from the original trilogy to the prequels.

The light saber battle in Phantom Menace is still thrilling 16 years later. If you can tolerate no other scenes in the prequels, I hope you can at least appreciate the choreography of the duels throughout. I remember sitting in my theater seat and realizing this was game-changing. The light saber battles in the old films were okay for their day, but otherwise kind of slow and awkward at times. Except for Return of the Jedi... Luke killed it.

Even though they may have been overblown in moments, the battles in the prequels were the showstoppers. The arena scene is the best part of Attack of the Clones, and Obi-Wan and Anakin's duel in Revenge of the Sith is what people waited decades to see. Though many things about the films were lacking and disappointing, I would say wholeheartedly the battles do not go in that category. 6. Mace Windu (and his purple lightsaber!)

Samuel L. Jackson as a Jedi... What else can I say? I loved the character and wish we had gotten more of him in the films. However, the Star Wars novel Shatterpoint by Matthew Stover is all about Mace Windu and it is awesome. Recommended reading! 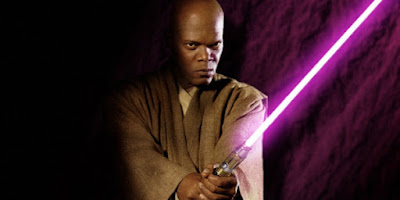 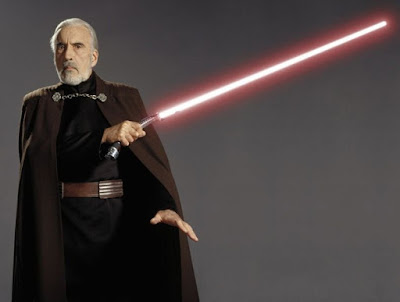 Again, another woefully underdeveloped villain. Still, Grievous is a very intriguing character. We know little about him, but that he is a cyborg. I've been told they delve into his character more in the Clone Wars animated series and that we learn he was once a reptilian-type alien from the planet Kalee. He also has a fantastic, unusual concept design, reminiscent of Japanese anime, and it provides a creative contrast with the rest of the characters and droids. Though I will admit, the whole four lightsabers thing is a bit much. 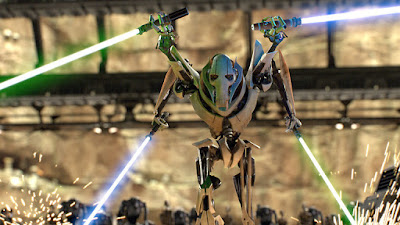 9.  The quick glimpses into Luke and Leia's origins...

Though he played a minor role in Clones and Sith, I loved that we got to meet Bail Organa. The honest politician, and the man who would raise Princess Leia. I feel like a broken record, but yet another character that was barely heard over the loud and overly complicated plot. We know he served as Senator of Alderaan in the final years of the Galactic Republic married to a queen, who also gladly adopted the secret daughter of Anakin Skywalker. 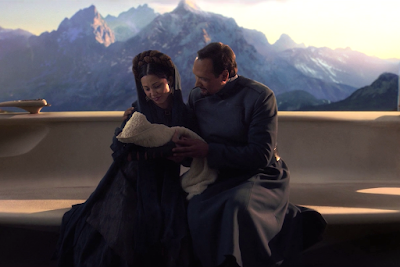 It also would have been cool to see more of Alderaan, the place Leia calls home... before her real father blows it up in A New Hope, anyway. 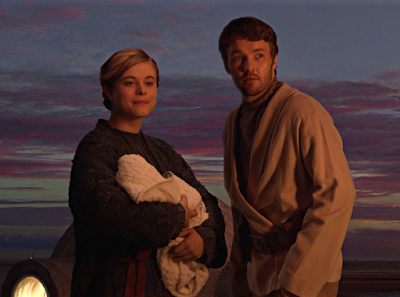 We didn't get to see much of Owen and Beru either, but they were one of the biggest throwbacks to the original triology. Oh, that twin sunset... I never thought about it until recently, but the twin suns were very symbolic. Luke always felt out of place, like there was something else he was supposed to be doing. When he watches the double sunset in A New Hope, you get the sense of loss and seeking. Little did we know he would have his own twin and a second life to live beyond Tatooine.

I have to laugh because I always thought it was funny Leia got to grow up a princess on beautiful Alderaan living the cushy life, and Luke got the shaft by being sent to a moisture farm in the desert. Still, I guess the trade off is that he was with his closest thing to real family.

P.S. Joel Edgerton is awesome. And look how far he's come since this movie! 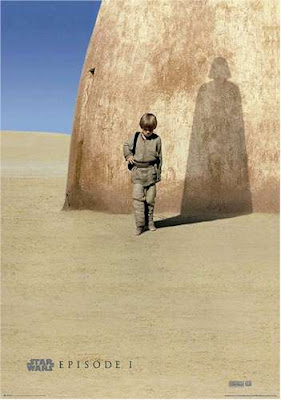 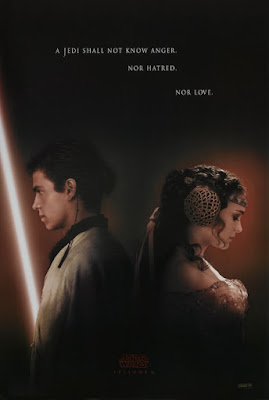 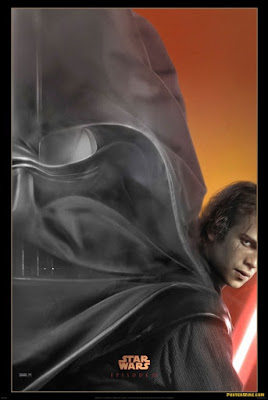 I have vivid memories of seeing the episode one poster for the first time and brimming with excitement. The idea of seeing Darth Vader's story and getting to know what led him down his path. I used to have that one hanging in my room back in the day. Ah, memories...

Additionally, before I knew how awful Attack of the Clones would be (the worst of the three films, in my opinion), I was absolutely in love with the second poster. I remember the tagline really hitting me. The films didn't ultimately stand up to the anticipation, but that doesn't change the memory of the posters for me. They're all fantastic pieces of marketing that got this nerd girl ready to hit the hyperdrive.

Last but not least, I wanted to share that I got to record two "minisode" podcasts for Reel World Theology's Star Wars series. It was a blast! I discuss some of the things I brought up in the post, but also dig deeper to other people's reactions. I did episodes 1 and 2, but be sure to check out all 6 minisodes on their website. Click the links below:

Only 17 days until episode 7 comes to cinemas! Have a great week, and may the force be with you...