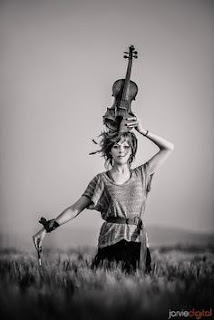 I want to start a series on this blog called ICPs - Independent Creative Profiles. In this series I will share short posts featuring someone in media arts who exhibits creativity without the boundaries and control of big production companies or record labels. Someone who paved their own way and, through hard work and being genuinely themselves, made it.

I've been inspired to do this because I believe if we want to see real change in the arts, and the business that goes along with it, we need to thoroughly support independent artists. Those who break the mold and make creative content outside-the-box, and by "box" I mean the conventional route. The route that usually involves losing yourself and being molded into "what sells." My cousin Erika has a similar series on her blog Minstrel of Grace for Christian artists that stand out to her as more authentic and outside-the-box so I thought I would follow suit and do something similar on my own blog.

My first victim is Lindsey Stirling. I'm sure many of you have heard of Lindsey Stirling​ by now, but if you haven't she's definitely someone who deserves a second and third glance. She has been labeled the "dubstep violinist" but she's much more than that. Lindsey is a breath of fresh air. The information on this post is just from what I've gathered in her interviews and other articles so if it's incorrect I apologize.

Lindsey Sterling is wonderfully unique. She plays the violin, which in "popular" music is unheard of. She not only plays, but she has a completely set-apart style. There have been many solo, female violinists I've loved like Vanessa Mae, Fiona Pears, the ladies of Bond etc... However, Lindsey breaks the mold by not only playing but also through dance choreography and incorporating cosplay. Her videos are highly creative, colorful, and bold. 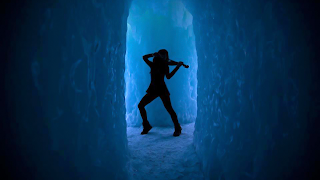 Being so unique and creative you would think breaking into the music scene would be a snap, but that's definitely not the case. 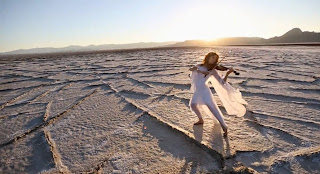 In 2010, she was a quarter-finalist on America's Got Talent. During the quarter-final performance she took her choreography up a notch and received some very discouraging criticism from the judges. She did not win. Naturally, she was devastated, but thankfully she did not give up and continued embrace her own style of creation and performance. 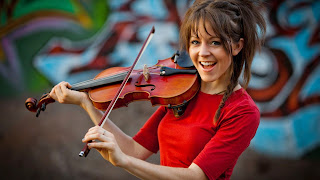 "A lot of people have told me along the way that my style and the music I do is unmarketable. But the only reason I'm successful is because I have stayed true to myself." 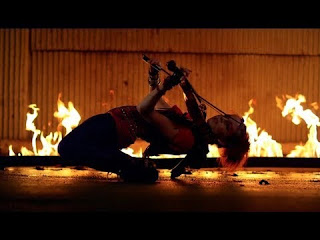 America's Got Talent wasn't the only rejection for Lindsey. She also heard the same songs from record companies (pun intended), but I'm sure all those record labels and talent shows that rejected her are kicking themselves daily because she is now an international superstar. Thanks to YouTube and social media, Lindsey was able to get her art out into the world where it is now appreciated and loved by millions. She has two albums, an international tour, merchandise, and a global fandom. She did it all just be BEING HERSELF and not letting the system keep her down. 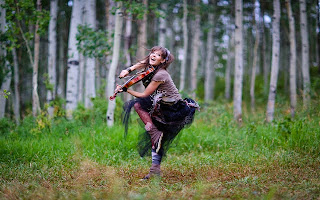 We live in a golden age. Technology isn't pure, but it is a strong boulder we can stand on to share our gifts with the world. Lindsey is joined by an amazing crowd of similar artists including The Piano Guys​, Pentatonix, and Peter Hollens. These artists all collaborate and work together too. I dare say there is more of an artistic Renaissance happening on YouTube than in the rest of the industries combined. Score one for creative independence! 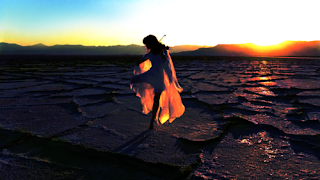 "It really proved to me that when you're not afraid to show who you are, people gravitate to that. People love to see genuine people being themselves."
-Lindsey 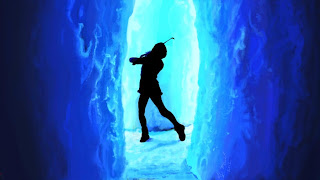 Another thing I really love about Lindsey is that being herself includes her faith and a modesty not often seen in the music business. She doesn't compromise who she is for the sake of sales by exploiting her sexuality. It's hard for women to make it in any entertainment industry without having to sell their bodies and live under the pressure of physical perfection daily. Lindsey is a beautiful woman and she shines without the phony Photoshop glamour or by wearing half of a dress on the cover of GQ.

It's fun to have some things in common with her too. She's lived a stone's throw from me in Arizona, she also studied film in college, she's just a year younger than me (Which one can hardly believe looking at her. Is she drinking human blood or something?), she's a woman of faith, and I'm about 99% sure she's also an ENFP.

To conclude I leave you with one of her videos. This is one of my favorite tracks of hers, "Song of the Caged Bird." I totally dig the video too, but I'm kind of obsessed with both Edison lighting and candles so go figure. Anyway, enjoy!